Abortion: Between the best and the good

The world is following with interest the presidential elections to be held in the United States on November 3.

Two candidates who disagree on abortion, among other things, will face off. While the Democrat is known as permissive, the Republican seems to be restrictive. This issue is almost exclusively the concern of many Catholics.

But if the Democrat wins, he will not focus his government on actively promoting abortion; he will only facilitate it. If the Republican is re-elected, he will not end abortion either. He will only make it more difficult. 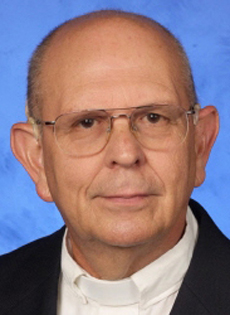 The Catholic bishops give great weight to the defense of human life from conception to natural death. However, they teach that voters must take into account other elements in government programs and not just the defense of pre-natal life. Before you vote, examine the candidates' positions on issues such as immigration, education, fighting poverty, rejecting racism, the death penalty, possession of assault weapons, care for the environment (ecological concern), and more. The behavior of both candidates should also be taken into consideration; moral integrity, political philosophy, emotional balance, as well as diplomatic competence to negotiate at the national and international level are very important.

As Voltaire wrote, "the best is the enemy of the good.” Let us apply that to abortion.

The best thing would be the total eradication of this abject infanticide.

Positive steps can be taken in favor of life until the best comes, if it ever does.

This column originally appeared in the October 2020 edition of La Voz Católica, which came out the weekend of Oct. 17-18.