During a virtual awards ceremony held Aug. 17, 2021, Gloria Barquin was honored as the “Above & Beyond Teacher of the Year,” and Otilia Penczak was named “Above & Beyond Outstanding Employee of the Year - Education Coordinator.” Combined, these two educators represent more than 50 years of service to children and families in South Florida.

Catholic Health Services’ Centro Mater also received an Above & Beyond award as Outstanding Agency of the Year for COVID-19 Response. 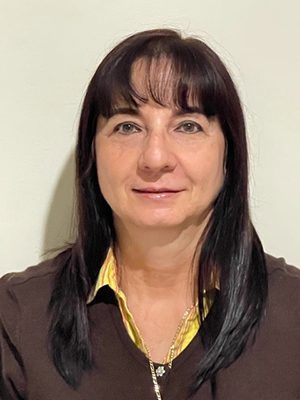 Gloria Barquin, a teacher at Catholic Charities' Good Shepherd Child Development Center in Cutler Bay, was named "Above & Beyond Teacher of the Year" by the Miami-Dade County Head Start / Early Head Start program.

Barquin started working at Good Shepherd Child Development Center in 1992 as a cooking assistant. Having earned a vocational degree in early childhood education in her native Cuba, she hoped to work her way into the classroom. The opportunity came after Hurricane Andrew hit in August that same year, when there was a need for an assistant teacher.

Looking to re-do her degree in the U.S., she took advantage of scholarships provided by Head Start to complete a bachelor’s degree in early childhood education and finally became a Head Start teacher.

Over 29 years of service, she has seen remarkable growth from her students, among them one who was mute. By giving him extra attention and fostering positive interactions with his classmates, Barquin helped establish the necessary atmosphere for him to express himself. She also helped him receive additional evaluations and help.

Barquin’s dedication to teaching extends beyond the children to their families. She has helped immigrant parents learn how to write their names. If she sees the need, she helps the children’s families find shelter and meals and connects them to outreach services. She also gives parents feedback on how to help with their child’s development.

Her greatest sense of accomplishment, she said, comes when she hears from former students who have achieved their dreams by becoming businessmen and women, nurses, teachers, soldiers, police officers and more. With passion and conviction, offering guidance and care, she hopes to continue touching the lives of all the children and families who enter her classroom. 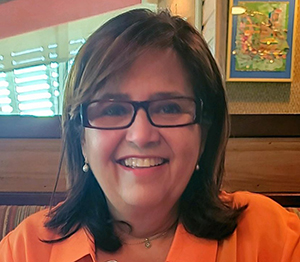 Penczak came to the United States from Nicaragua in 1979 in pursuit of a better life. Influenced by her father, an educator in Nicaragua, she got involved in her own daughters’ education and began volunteering. That’s when she discovered her own passion for teaching, one also tied to helping children from at-risk communities. Hired as a teaching assistant at Good Shepherd Child Development Center, she eventually became a teacher, and in 2002 was named Teacher of the Year.

Looking to nurture her gifts for teaching, she earned a bachelor’s degree in early childhood education from Florida International University, and later a master’s in education with a specialization in curriculum and instruction, graduating with honors from the University of Florida.

Currently, Penczak serves at Good Shepherd as a curriculum specialist, helping teachers grow. She continues to serve as an educator by teaching and providing credentials to prospective directors in early childhood education at Miami Dade College.

She also has shared her 33 years of experience as an educator with fellow members of the National Association of Education of Young Children (NAEYC), where she has served as committee chair and lead presenter.

She hopes to continue to serve families by creating a rich and nurturing educational environment for the foreseeable future.

Catholic Charities of the Archdiocese of Miami has limited openings available for families wishing to enroll in the Head Start and Early Head Start programs offered at its six child development centers in Miami-Dade County.