6 Black Catholics on the road to sainthood

MIAMI | Six African American men and women who ministered in the U.S. are on the road to sainthood.

Since November is Black Catholic History Month, here are brief biographies of each of these Black Catholics. Three of them have taken the first step toward sainthood by being declared a "servant of God" — which means the Congregation for the Causes of Saints has found enough evidence to open a case. The three others have reached the second step by being declared "venerable" — which means the pope has decided that the person has lived a life of "heroic virtue."

The remaining steps — beatification and canonization — require proof of a miracle at each stage. Prayers to each of these candidates may be found on their websites, listed after their biographies.

The archdiocesan Office of Black Catholic Ministry will celebrate Black Catholic History Month with a Mass Nov. 8 at noon at St. Augustine Church in Coral Gables to mark the feast of the first black saint, St. Martin de Porres; and a three-part online program focusing on the stories of these six African American candidates to sainthood, who overcame racism and discrimination and lived out an authentic witness to their Catholic faith. The lectures will be Nov. 7, 14, and 21 from 3 to 4:30 p.m. Attendance is free. Register here. 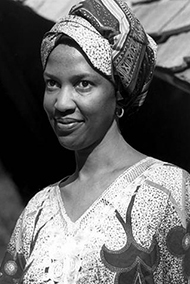 Sister Thea Bowman, of the Franciscan Sisters of Perpetual Adoration, became a highly acclaimed evangelizer. She died in 1990.

Sister Thea (1937-1990) born in Canton, Mississippi, was a convert to Catholicism. At the age of 15, she moved to LaCrosse, Wisconsin, to join the Franciscan Sisters of Perpetual Adoration, where she became the only African-American member of the community. She taught at all grade levels, eventually earning her doctorate and becoming a college professor of English and linguistics. She later became a highly acclaimed evangelizer, teacher, writer and singer, sharing the joy of the Gospel and her rich cultural heritage throughout the nation. See more at www.sistertheabowman.com/. 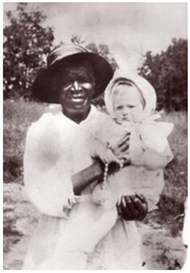 The only extant photo of Servant of God Julia Greeley, Denver's Angel of Charity, who died in 1918.

Greely (born between 1833-1848-died 1918) is known as Denver's Angel of Charity. She was born into slavery in Hannibal, Missouri, and entered the Catholic Church at Sacred Heart Parish in Denver in 1880. Every month, she visited on foot every fire station in Denver and delivered literature of the Sacred Heart League to the firemen, Catholics and non-Catholics alike. See more at www.juliagreeley.org. 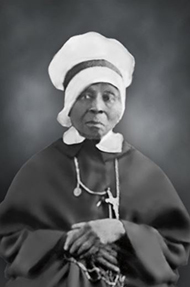 Mother Mary Lange co-founded the Oblate Sisters of Providence. She died in 1882. 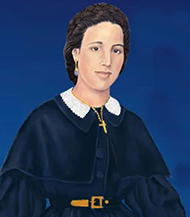 Venerable Mother Henriette Delille founded the Sisters of the Holy Family. She died in 1862.

Mother Delille (1812-1862) was a free woman of color. Born in New Orleans, she founded the Sisters of the Holy Family in 1842. The congregation ministered to slaves at a time when educating slaves was illegal. Mother Delille was the first U.S.-born African American formally postulated for canonization. See more at www.sistersoftheholyfamily.com. 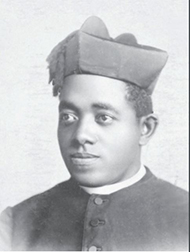 Father Augustus Tolton, born into slavery in Missouri, was the first recognized African American priest. He died in 1897.

Father Tolton (1854-1897) was born into slavery in Missouri. Ordained in Rome in 1886, he was the first recognized Black American priest. Pastor of St. Monica in Chicago, he became the spiritual leader of the 19th century National Black Catholic Congress movement. See more at: tolton.archchicago.org/. 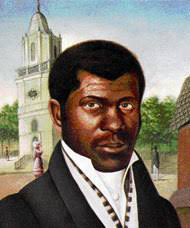 Pierre Toussaint, born into slavery in Haiti, is the only lay person buried in the crypt of St. Patrick Cathedral in New York. He died in 1853.

Toussaint (1766-1853) was born into slavery in Haiti. He became a freeman, successful businessman and philanthropist in New York City. He is the only lay person honored, alongside cardinal-archbishops, with burial in the crypt of St. Patrick Cathedral. See more at:www.obmny.org/venerable-pierre-toussaint.