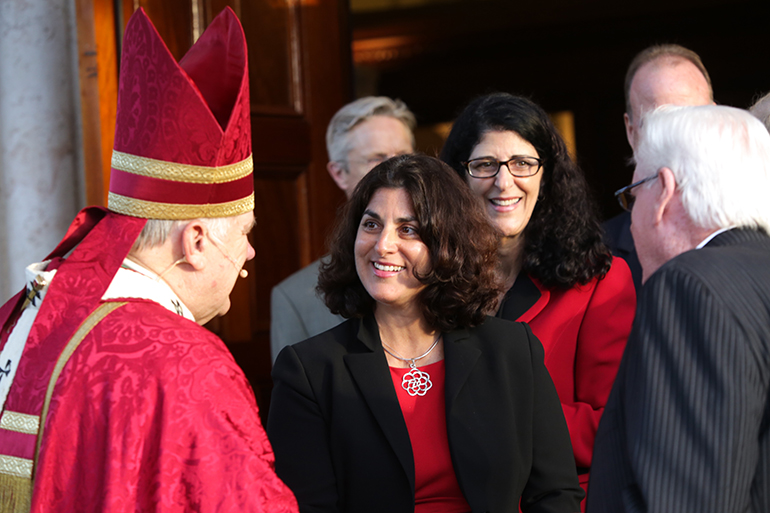 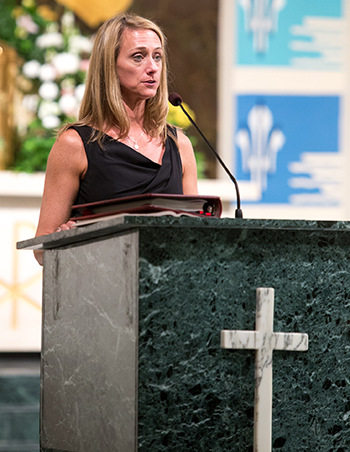 Johanna Saxton Shields, a member of the St. Thomas More Society of South Florida, reads prayers of the faithful at the annual Red Mass April 23 at St. Anthony Church in Fort Lauderdale.

FORT LAUDERDALE | At a time of continued strains over religious liberty in the face of U.S. governmental mandates, the head of the U.S. Archdiocese for the Military Services said Catholic military chaplains still enjoy sufficient freedom and standing to carry out their ministry.

“Generally, I would consider the relations with the armed forces and the military hierarchy good â there is no real difficulty in seeing or speaking with the highest levels in the military or with base commanders,” Archbishop Timothy P. Broglio told about 200 Catholic judges, lawyers and elected officials gathered April 23 for the annual Red Mass and awards celebration of the St. Thomas More Society of South Florida.

Archbishop Broglio noted that Catholic servicemen and women constitute the largest faith group of the 244 religions recognized by the U.S. Armed Forces. He said there is an Episcopalian clerical position in the U.S. military somewhat similar to his own.

“My position is respected by most of the other confessions, even if occasionally there might be a bit of envy for the treatment accorded me,” the archbishop said.

He added that “our services, religious education programs and other activities generally have the best attendance. We also have something to share with others â not in terms of proselytism, but in terms of a world view and a certain expertise in humanity.”

Archbishop Broglio said his real challenges are to ensure there is a sufficient number of priests to minister as chaplains in the U.S. military â something he said was a great difficulty â and to advocate that Catholic priests be accorded the same considerations given to other professionals such as medical and dental personnel in the military. 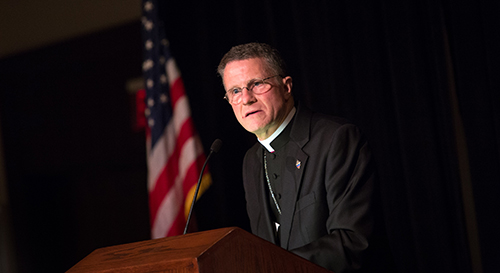 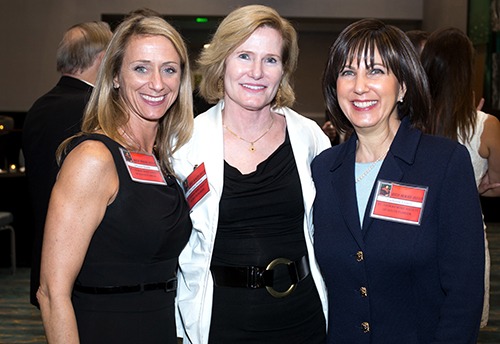 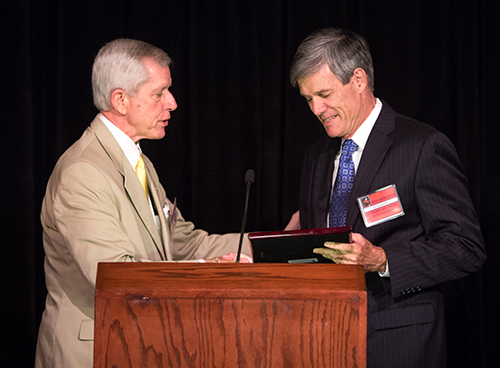 He also said he advocates that Catholics in the U.S. military not be subjected to “being saved” by others, and that there be sufficient funding to cover core aspects of the “Catholic program” which the Church considers essential, including the celebration of the sacraments, religious education, sacramental preparation and the enrichment of adult communities.

“In those instances I always find it helpful to remind others that the Constitution guarantees freedom of religion and not merely freedom of worship, and they are two very different things,” the archbishop said. “Sometimes that distinction obliges me to explain the parameters of the Catholic program or to argue for the funds and provisions necessary to make that freedom of religion a reality and not merely a platitude.”

Overall, Archbishop Broglio pointed out that the U.S. Armed Services do recognize and support religious freedom and the free exercise of religion.

“The role is respected by the military, and the parameters I set for the practice of the Catholic faith are those recognized by the military hierarchy,” he said. “For a priest to become a chaplain or to fulfill the responsibilities of a contract of a Catholic priest he must have my endorsement.”

Despite what some might hear, he added, what a priest, rabbi or minister does in the context of a religious service is determined by his or her faith group. “That there are religious services is a command responsibility; what happens during them is the province of the faith group,” he said.

In the more than seven years he has served as archbishop for Military Services, the question most often asked is, “Is it true that priests cannot use the name of Jesus?” The answer is a resounding, “No, it is not true,” he said.

“It only becomes an issue if he is praying at some action which is not a religious function, such as a change of command, night prayers on a ship or at a promotion ceremony. There he must be, in the words of St. Paul, ‘All things to all people’ and to include all,” he said.

Archbishop Broglio was appointed by Pope Benedict XVI and installed to head the military archdiocese Jan. 25, 2008. The archdiocese also has four active auxiliary bishops. Its role is to provide the full range of the Catholic Church's pastoral ministries and spiritual services to the men and women â and their families â who serve in the nation's five military branches, as well as patients at Veterans Affairs medical centers and Foreign Service personnel working outside the United States.

He delivered his remarks during the awards banquet that followed the Red Mass, which was celebrated by Archbishop Thomas Wenski at St. Anthony Church in Fort Lauderdale.

At the invitation of Archbishop Wenski, the Ohio-born Archbishop Broglio also touched on the life and legacy of St. Thomas More, and his uncompromising stance for integrity in the face of pressure from the King of England.

It is imperative in contemporary society to protect that sanctuary of the human person’s relation and response to his or her God, the archbishop said. Individuals must not be forced to act contrary to their conscience, especially in religious matters.

“How fortunate you and I are to live in a nation founded on principles. They can be fundamental in respecting integrity. Liberty and integrity go together, and the right to follow our conscience,” Archbishop Broglio said.

The archbishop also briefly told the Catholic lawyers of his trips to troops and bases in Afghanistan, which he visited last year.

Aramony served for 12 years as head of the Juvenile Division of the Broward State Attorney's Office, then transferred her stellar professional reputation to the bench in 1999, when she was appointed by Gov. Jeb Bush to serve as a Family Court judge.

Her reputation was renowned throughout the Florida family court system, and her 13-year legacy on the bench garnered admiration for her character and dedication, according to Albert Massey, president of the St. Thomas More Society, who helped announce the award.

Aramony had also operated as a member of the Gang Activity Prevention Advisory Board and as the chairwoman of the Juvenile Justice Board of Broward County.