Climate change is a moral issue

Archbishop Thomas Wenski delivered this talk in Washington, D.C., Feb. 20. He was one of several religious leaders taking part on a briefing on religion and climate change sponsored by the National Religious Partnership for the Environment. The briefing â aimed at Congress â took place at the Capitol Hill Visitors Center and was open to Congressional staffers, members of Congress, and representatives from the faith community. It opened with a panel discussion by senior religious leaders highlighting the faith perspective on climate change. Aside from Archbishop Wenski, who represented the U.S. Conference of Catholic Bishops, other panelists were: Rabbi Fred Dobb (Coalition on the Environment and Jewish Life); Emilio Marrero (Esperanza); and Rev. Dr. Carroll Baltimore (Progressive National Baptist Church).

As you might have heard, Pope Francis is expected to release later this year an encyclical on the environment. Papal encyclicals are an important way for popes to exercise their teaching office.

This is not the first time a pope has addressed this topic. (Pope Benedict was called the "green pope" because of his various pronouncements on the matter; he also had solar panels installed in the Vatican and took other measures to reduce Vatican City's carbon footprint.) But this is the first time a pope has addressed the issue of the environment and climate change with an encyclical â and for us Catholics, and not only for Catholics, this is a big deal.

Although I am not privy to what the pope will say, I think he will insist that the "natural ecology" is inseparably linked to "human ecology." In other words, we have to recognize the interrelatedness of the various social, economic, political or environmental crises that confront the human family today. Fundamentally, these all are moral crises which require “new rules and forms of engagement”; in other words, a rethinking of the path that we are traveling down together.

While the precise details of how climate change will affect the world are not known, the projections shared by scientists have been alarming. We can no longer ignore the visible signs that changes are occurring in our environment that will affect all life, especially human life. In many poorer nations, years of relief and development work are being undone by prolonged droughts, more intense storms and other extreme weather conditions associated with climate change.

In a message for the celebration of the 2010 World Day of Prayer for Peace, Pope Benedict XVI asked: “Can we remain indifferent before the problems associated with such realities as climate change, desertification, the deterioration and loss of productivity in vast agricultural areas, the pollution of rivers and aquifers, the loss of biodiversity, the increase of natural catastrophes and the deforestation of equatorial and tropical regions?"

In 2001, the U.S. Catholic bishops issued a statement, “Global Climate Change: A Plea for Dialogue, Prudence and the Common Good.” We expressed our concern that disproportionate and unfair burdens not be placed on poor, developing nations. We called for collective action for the common good.

Bishops are not scientists but we are pastors â and in so far as climate change affects concrete human beings, it is a moral issue; and pastors, in exercising their care of their flocks, do weigh in â and appropriately so â on moral issues. Also, as Catholics, we firmly believe that the poor have a first claim on our consciences in matters pertaining to the common good. As the U.S. Catholic bishops said in our 2001 climate change statement, “Action to mitigate global climate change must be built upon a foundation of social and economic justice."

This past July, on behalf of the U.S. bishops, I wrote a letter supporting "the EPA proposal for a national standard to reduce significantly carbon pollution.” And while the devil may be in the details, I said: “These standards should protect the health and welfare of all people, especially children, the elderly, as well as poor and vulnerable communities, from harmful pollution emitted from power plants and from the impacts of climate change.”

Pope Francis for the past two years has been challenging us to build a culture of solidarity and encounter, one capable of addressing the great ethical challenges of our time. His upcoming encyclical will be, I am sure, another iteration of this challenge.

Given his past statements, I think that he will call us to prudent action that promotes the common good for present and future generations, and respects human life and dignity while always giving priority to the poor and vulnerable. Care for creation should engage us all â and thus I also think that the pope will tell us also to be mindful of and heed the voices of the poor who are impacted most by climate change, and certainly will be impacted either for good or ill by the policies proposed to address climate change. 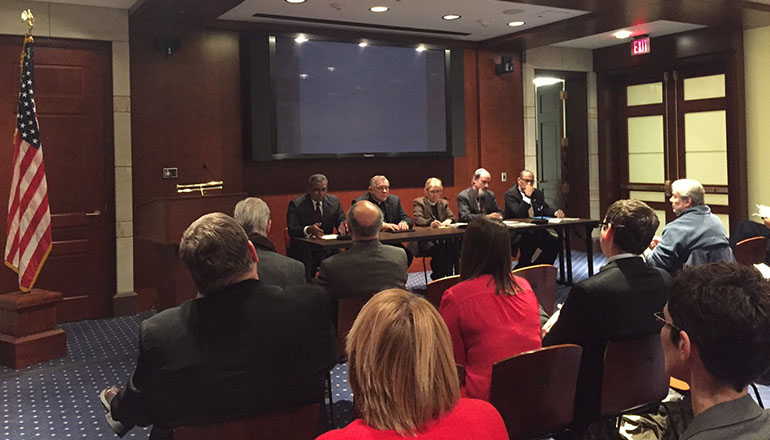