'What is truth?': Catholic responses to pro-choice objections

In response to Pilate’s question, “what is truth?,” we can answer that it is the conformity of the mind to reality. In opposing the specious arguments of the pro-choice movement, we can have confidence that the truth is on our side, although it helps to think through the arguments of the other side. The following seven pro-choice objections can provide a primer for thinking about how you would witness to the reality of human life.

1. We do not know when life begins. 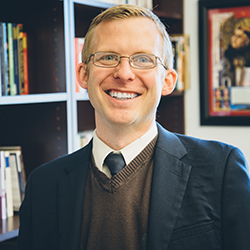 Roe v. Wade employed this falsehood to justify its decision, even though it is a basic fact of biology that an independent organism begins to exist at the moment of conception. It is true that before the 19th century there was debate about the exact mode and timing of how the human person developed, but the German scientist Oscar Hetwig determined the nature of sexual reproduction through fertilization in 1876. From this moment, there is no scientific debate on the origin of human life and every textbook will present the moment of fertilization as the origin of human life.

This mantra assumes that the conceived child is simply a part of the mother’s body. Since we know that human life does begin, biologically speaking, at the moment of conception, there is a distinct human organism within the mother’s body. It is true that this child can only survive in dependence upon the mother, but this is also true of young children and anyone who is vulnerable. In fact, there is no such thing as a completely autonomous human being.

3. Stop pushing your religious views on me.

This argument assumes that opposition from abortion stems solely from faith. It is true that our faith teaches us that murder (the intentional killing of an innocent human being) is wrong, but it is also a clear precept of the natural law. Abortion is wrong by its very nature because it violates the inherent dignity of the human person as a rational being. We can explain the evil of abortion without reference to faith, even though faith and reason are in agreement on this point. When the government not only allows but also supports the destruction of human life, the rule of law becomes undermined and even arbitrary.

4. What if the mother’s life is in danger?

5. No one should be forced to have a child.

In our culture, we have changed our understanding of the purpose of human sexuality. Today, we understand sexuality almost solely from the viewpoint of personal fulfillment, although we know that sex is regularly misused to exploit others. Engaging in sexual intercourse is ordered intrinsically toward procreation and the raising of children. Because it is so foreign to the mainstream way of thinking, this is a hard truth to accept for many people; however, it is a vitally necessary one to reorder the many distortions of sexuality and point us back to reality.

6. What about cases of rape and incest?

The victim of rape or incest has experienced terrible violence. The answer to this violence is not to pass it on to another innocent person and thus become a perpetrator of violence. This will not help in the healing process but will actually cause more harm to the mother through the violence of abortion. This points to the reality that abortion causes trauma for women and itself requires a process of healing and forgiveness. Adoption may be the best option in these cases.

Roe v. Wade used the reasoning of the prior decision on contraception from Griswold v. Connecticut that argued there was a right to privacy in the Constitution, although no such right can be found there. This fabricated right became the basis for the argument that the State could not interfere with issues related to human sexuality. Roe v. Wade does acknowledge that the State has a vested interest in the birth of new citizens, and we tend to overlook the relationship of children to the common good, in part because of our distorted understanding of sexuality. Although the health of a nation depends upon the willingness of its citizens to raise a family, it is also a path to genuine happiness, which is found in giving of ourselves for others.

Dr. R. Jared Staudt is a Catholic writer, speaker, scholar and educator. He specializes in systematic theology, the evangelization of culture, catechesis, Catholic education, Church history, and Thomas Aquinas. He has taught at the Augustine Institute since 2009, teaching part-time since 2014. This article is one of his regular columns, titled The Catholic Culturalist, that are distributed by the Denver Catholic of the Archdiocese of Denver.

Michael Martin - 08/10/2022 09:15 PM
It would be better not to republish articles from Catholic World Report by authors who give specious readings of Pope Francis’s magisterial documents, all to what— regurgitate overfamiliar talking points about abortion? Whom does this article serve anyway? Apologetics and tired cultural war whining do nothing to change the minds and hearts of people who do not. comprehend the evil of abortion, to say nothing of the complex variables and legal mechanisms at play after the overturning of Roe. I mean, why are we going over again and again how to argue about abortion in the same defensive and screeching way for which Catholics are already ignored rather than advocating for welfare policies that would actually make a real difference toward reducing the rates of abortion? I suppose when the American Church is underwritten by the GOP with all its hatred of the poor you just can’t do the actual holy thing. P.S. this may seem unrelated, but we know it is not: Where is the outrage over the dismissal of Laudato Si? Study groups about Amoris Leatitia or Fratelli Tutti? Parish talks about the developments in the teaching of the death penalty? As the world burns, comfortable Catholics celebrate a Pyrrhic legal victory. Great. Here is one faithful man’s suggestion: Let’s read the gospels again and listen to the cry of the poor. Publish stuff that reflects what you learn there. I can suggest a few sources and I’m even happy to write and teach on oft-ignored topics. All you have to do is ask.