Assumption Parish: Oasis by the sea 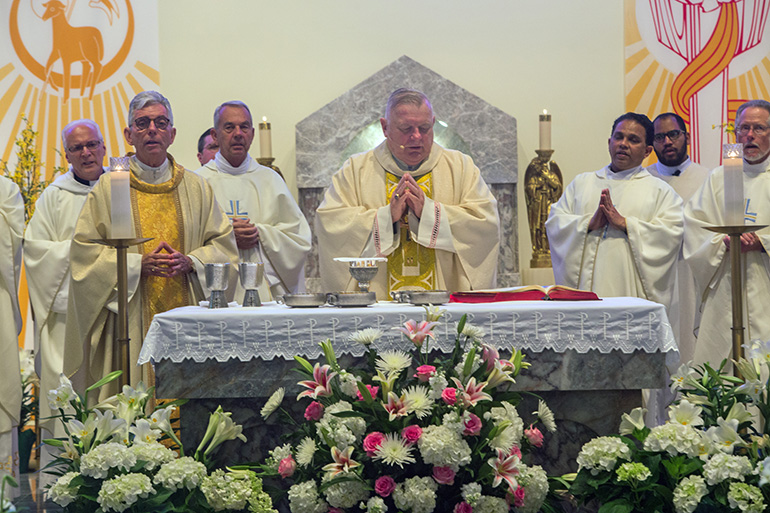 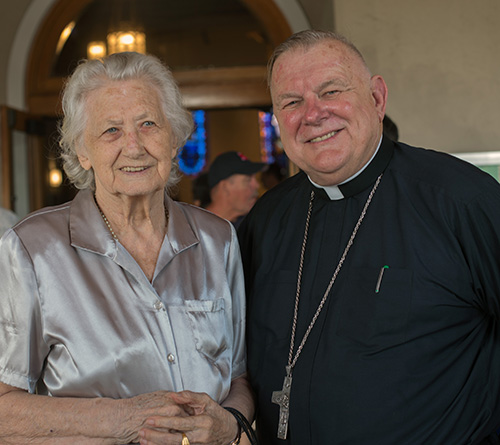 Antonia Stefanic, 92, a parishioner since the 1950s, poses for a photo with Archbishop Thomas Wenski after the 60th anniversary Mass for Assumption Church in Lauderdale-By-The-Sea. 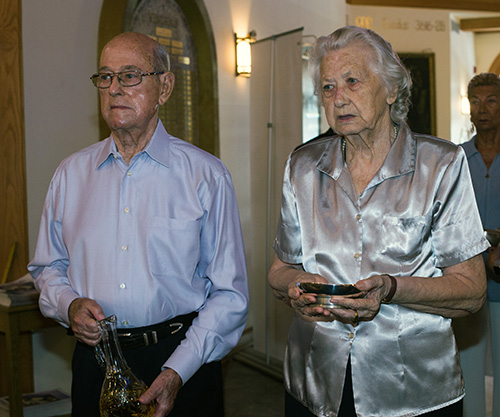 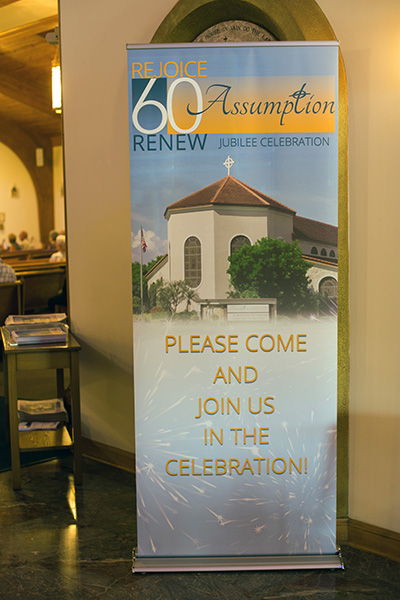 LAUDERDALE-BY-THE-SEA | Antonia Stefanic, 92, has attended Assumption of the Virgin Mary Church since the 1950s, when the church was still a mission and Masses were celebrated in a temporary church/auditorium. She was at the groundbreaking for a new church and its dedication in 1994.

Stefanic had the honor of carrying the offertory gifts to Archbishop Thomas Wenski. “One of my three daughters was married in the old church. My husband, John, would close the old church after services,” she said. “I was here when they broke ground for the new church. It seems like yesterday.”

Assumption’s $2 million Romanesque church, with semi-circular seating, stands along AIA just across the street from the Atlantic Ocean. The church serves about 600 registered families and a seasonal influx of tourists, mostly senior citizens, who live in Pompano Beach, Lauderdale-By-The-Sea and Sea Ranch Lakes.

In 2016, Archbishop Wenski dedicated a new $1.7 million, 7,300-square-foot rectory/office building which echoes the Mediterranean style of the church. It stands on the site of the old church/auditorium which was demolished after the new church opened.

Father Michael Greer, Assumption pastor, said he wanted to do something special for the convergence of the two anniversaries.

“Let us continue to rejoice in the Lord,” he said. “It’s a time of renewal and greater spiritual growth and may Mary, our patroness, continue to intercede for us and look over us. I’m blessed to have been preceded by several dedicated pastors.”

In his homily, Archbishop Wenski said parishes exist, as Assumption has done for 60 years, to reintroduce the world to God.

“Parishes should be places where people can experience something of God’s forgiveness, his mercy and his love of them,” he said. “Parish is derived from the ancient Greek word, paroikia. It meant to sojourn in a foreign land, or a community of sojourners. When the Hebrew scriptures were first translated into Greek, paroikia was used to describe the Israelites as they journeyed through the desert on their way to the Promised Land.

“Parishes, then, are like oases in the desert, they refresh us and strengthen us for the journey of life,” he added. “And isn’t Assumption parish one such oasis, here along AIA.” 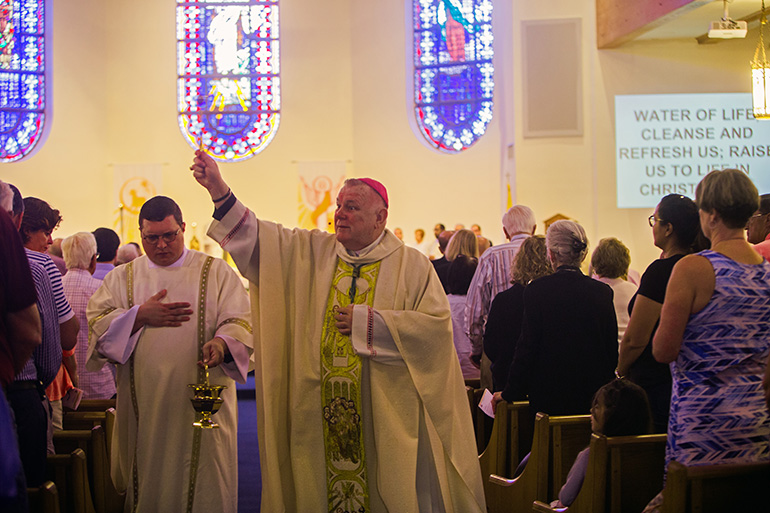 Other News from Assumption Church