Inspiring films make us 'all winners' 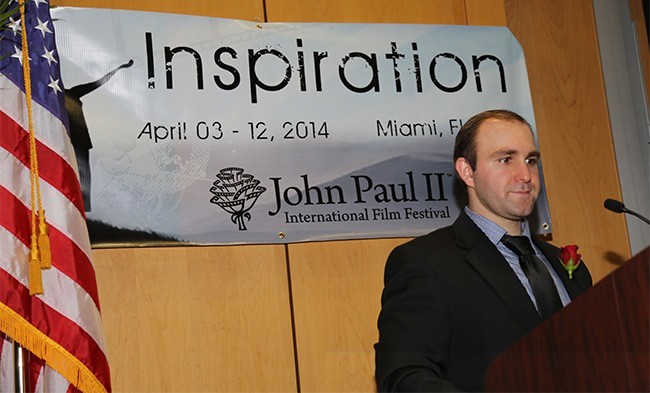 Frank Brennan, co-founder of the John Paul II Film Festival, welcomes the audience to the awards ceremony. A member of Our Lady of Lourdes Parish in Kendall, he is an independent filmmaker and screen writer as well as a youth and young adult minister at his church.

MIAMI | It was a night which celebrated the talent of faith-inspired artists, directors and performers.

The fourth edition of the John Paul II International Film Festival concluded April 12 with the Reel Rose Awards, a tribute to films that celebrate the dignity of humanity.

The evening began with the U.S. premiere of âUn Dios Prohibidoâ (A Forbidden God), a film which tells the story of a martyred Claretian community during Spainâs civil war in the 1930s. 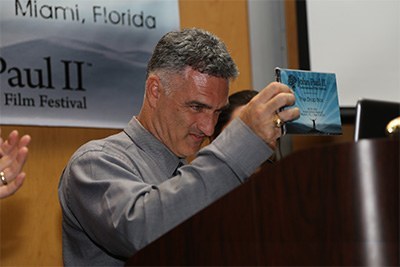 Rafael Anrrich, the film festival's co-founder, presents the "Inspiration" award to "The Drop Box." Nicknamed "the godfather" of the film festival, he works as a mental/behavioral health therapist.

The reception and awards ceremony that followed was streamed live on YouTube via Google Hangout. It connected directors, artists and film fans around the world with those present at Florida International University as the winners were announced. 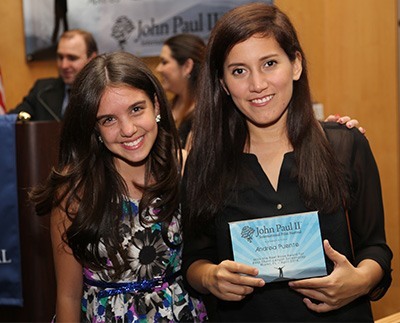 âLife Inside Out,â a film about how music impacts a motherâs relationship with her troubled son, took the Peopleâs Festival Award, one of the most prestigious, according to Laura Brennan, co-founder of the film festival.

The award got its name from the festivalâs namesake, the soon to be canonized John Paul II, who was known as âthe peopleâs popeâ for his outreach to people of different faiths and backgrounds. This award is voted on by the audience.

The film festival is a response to John Paul IIâs 1999 call to artists â he himself dabbled in acting and playwriting â to shed light on the worldâs darkness. The festivalâs theme this year was âInspiration.â

Among the films screened were âHeaven Is For Real,â which is currently in theaters nationwide, and âGimme Shelter,â which had its run earlier this year.

Though often invited to move the film festival to other cities or countries, the founders feel that the festival is at home in Miami. âThe city needs this film festival,â Brennan told those in attendance.

One film of the nearly two dozen that were screened was not only penned by a local Catholic, but touched upon a subject close to home.

Andrea Puente, a parishioner at St. Katharine Drexel in Weston, won Best Short Screenplay for âPedro Pan,â which tells the story of two siblings who are separated upon arriving to the U.S. through Operation Pedro Pan â that was the secret airlift that brought more than 14,000 unaccompanied minors from Cuba to the U.S. in the early 1960s.

âIâm not Cuban, itâs not my story, but I was inspired to tell it,â Puente said as she received her Reel Rose Award.

The film was born as a class project while Puente studied for her master of fine arts degree at Florida State University. Since Pedro Pan is not well-known outside Miami, she found it to be a unique and compelling topic. She wrote the script in the fall of 2012 and shot the film in the spring of the following year, shortly before graduating from FSU.

List of winners: 2014 John Paul II International Film Festival
As a child immigrant herself, who arrived from Ecuador at age 11, Puente knows the challenges faced by those assimilating to a new country. âItâs a difficult age to come here, especially coming alone,â she said.

While she had her parents for support, she learned of the struggles faced by children who were placed in foster care systems upon their arrival, some of whom never saw their parents again.

The film also sought to honor the sacrifice made by many parents.

âI had never before thought about what they all went through,â said Lilimar Hernandez, the young Katie Holmes lookalike who played one of the Pedro Pan children in the film.

Though born in Venezuela and raised in the U.S., her parents are from Cuba and she met many âPedro Pansâ while preparing for the film.

Puente currently works as an editor for a production company in Fort Lauderdale. Before that, she worked as a freelance production assistant, and one of her jobs was on a segment of a new EWTN program, âExtraordinary Faith,â which debuted in April. The episode which was filmed in Miami is set to air in August. 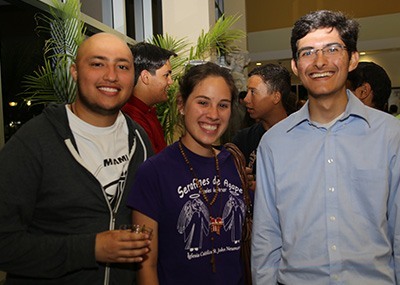 As a Catholic filmmaker, Puente said she is grateful for the opportunity to entertain and to inspire. She added that she often remembers Mother Teresaâs encouraging words, âWe are not called to be successful; we are called to be faithful.â

The film festivalâs founders and film panel all emphasized the importance of promoting positive films, and urged audiences to support filmmakers not only through words of encouragement but also by lobbying to bring their films to local movie theaters and to websites such as Netflix.

âWeâre all here to promote the new evangelization,â said Danny Hidalgo, the director of âLimit Break,â speaking via Google Hangout. âWeâre all winners for Godâs kingdom.â 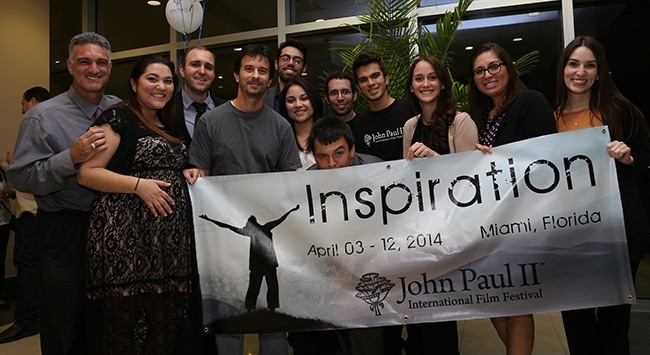 Corrected April 24, 2014: To clarify Andrea Puente's current job and her earlier work as a production assistant on a Miami-filmed segment of  EWTN's "Extraordinary Faith."