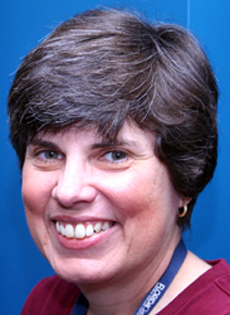 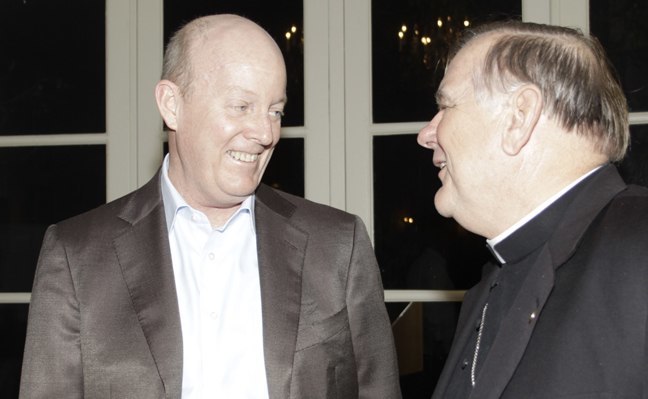 John Caulfield, chief of the U.S. Interests Section in Havana, addresses pilgrims from Miami, Boston and New York during the reception March 28.

HAVANAâ On their last night in Cuba, some of the pilgrims from Miami, along with representatives of the U.S. bishopsâ conference and other pilgrims from New York, Boston and elsewhere in the U.S., were invited to a reception at the home of John Caulfield, chief of the U.S. Interests Section in Havana.

The Interests Section functions as an unofficial embassy, since Cuba and the U.S. broke off diplomatic ties back in the 1960s.

Speaking to the group, Caulfield, a career diplomat, explained his role in Cuba and the Obama administrationâs early attempts to improve the relationship between both nations.

He said the policy pursued by President Obama, relaxing travel restrictions and increasing the frequency and quantity of the remittances Cuban exiles can send to their relatives on the island, marked the âbiggest changeâ in U.S. policy toward Cuba since the Carter administration.
Unfortunately, three months after that change was announced the Cuban government arrest Alan Gross, a contractor for the U.S. Agency for International Development, for bringing computers and satellite phones to Jewish groups on the island. Gross is currently serving a 15-year sentence.

âHe remains in prison,â Caulfield said, and because of that âit is difficult to see further normalizationâ in the U.S. Cuba relationship.

Caulfield noted that âCuba is living a crisis of values,â and said the increasing spaces won by the Church have enabled it âto offer people true values.â 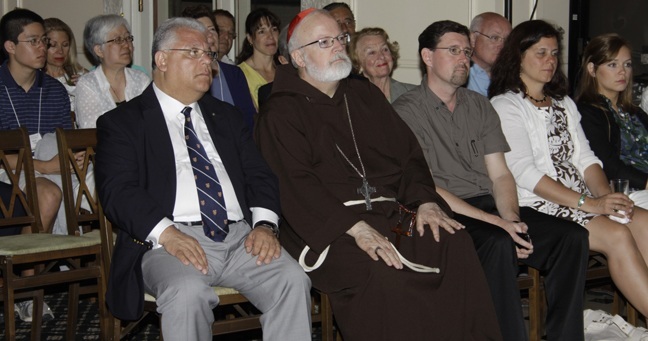 Boston Cardinal Sean O'Malley sits with fellow pilgrims during the reception at the home of John Caulfield, chief of the U.S. Interests Section in Havana.