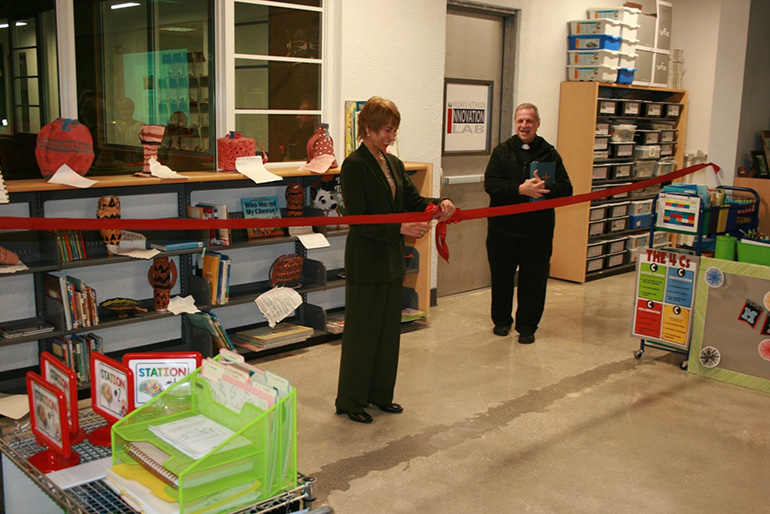 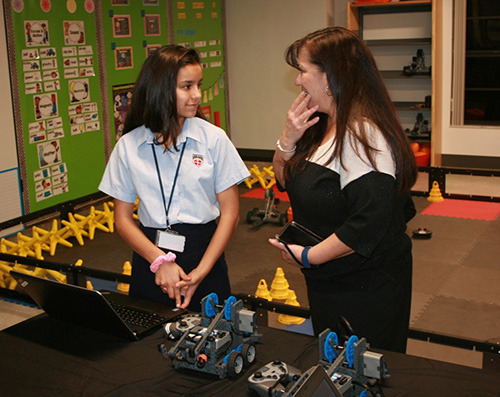 MIAMI | St. John Neumann School hosted a special event and cocktail Jan. 28 to showcase and bless its new William B. Hutchinson Innovation Lab. The existing library and computer lab were renovated into a maker space and robotics center.

The project, completed in January of 2020, was made possible through the generosity of the William B. Hutchinson Foundation and the vision of his widow, Isabel Gonzalez-Jettinghoff. As a result, St. John Neumann is one of the few Catholic schools in Miami-Dade County with a facility of this type.

The lab is a dedicated space that creates opportunities for students to develop confidence and to nurture their creativity while promoting an interest in science, technology, engineering, math, art, religion, and learning as a whole.

“St. John Neumann School will be among the few Catholic elementary schools in Miami that will house an innovation lab where our educators will be able to continue to provide the students with learning opportunities that incorporate STREAM (more commonly known as STEM) which is an important component of the curriculum at SJNCS," said principal Maria Elena Vilas.

“We are educating students for jobs that have not yet been created. Thinking critically, solving problems, collaborating and integrating the disciplines are key educational components for our students' future success,” said Vilas. “With the generosity of the Hutchinson Foundation, we now have a dedicated space where our program will continue to expand. The William B. Hutchinson Foundation has made this dream a reality for our small Catholic school.”

Hutchinson, born in Atlanta, Georgia, May 27, 1943, earned a degree in arts from Washington & Lee University and a master’s in economics from the University of Texas. His career focused on planning and economic analysis in the environmental field.

According to his close friend Scott Fehr, Hutchinson was a man of many talents and a role model to those whose lives he touched; a man of integrity, loyalty, excellence and compassion.

“St. John Neumann School was honored to name its new innovation lab after a man who always embodied these characteristics, no matter how successful he became in his professional life,” said Rodriguez. 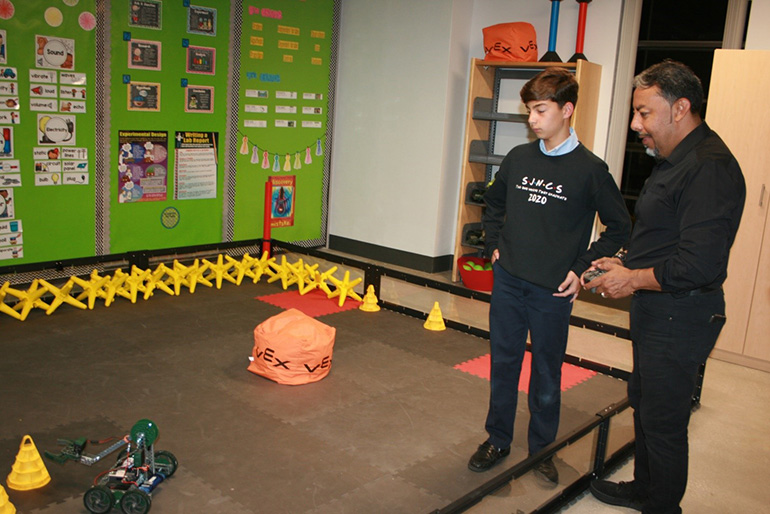