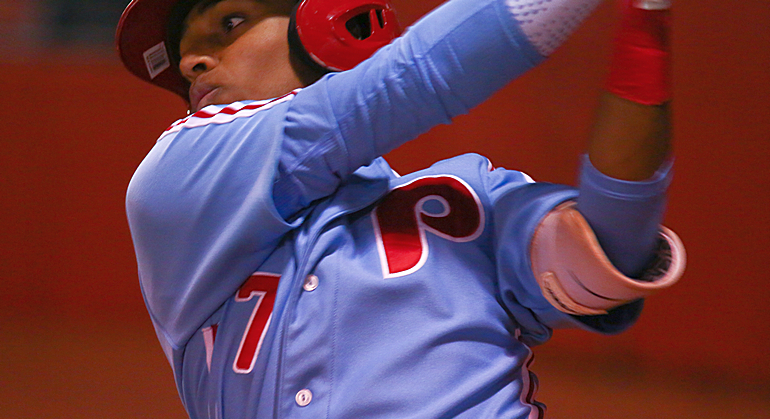 Sammy Infante of goes straight to the majors after graduation from Pace High School.

Infante, only a few weeks after graduation, is headed to Washington, D.C. to play for the current world champions, The Nationals.

The four-year varsity baseball player was part of Pace’s state championship team in 2018 and took part in the 2019 Under-Armor All American showcase. He graduated with a 3.5 grade point average.

Earlier this year, he signed with the University of Miami for the 2020-2021 season. However, the Nationals had other plans, and he now joins the long list of Spartans turned pro players.

Infante, who has been playing baseball since his childhood, comes from a Hispanic family who instilled the values of hard work, perseverance and faith in God.

The Pace Athletics Department plans to add his name to its Pro Hall of Fame Wall in the school's Delgado Baseball Stadium.

New article
Hear all about it: Step Up scholarships