MIAMI | “All of God’s children should feel at home,” Archbishop Thomas Wenski often says. And among the groups in need of stable homes are the Haitian people who struggle with the limitations of immigration statuses such as Temporary Protected Status (TPS).

According to information provided by the Department of Homeland Security, 46,000 Haitian immigrants currently are protected under TPS and most of them — around 16,000 — reside in South Florida.

TPS is a disposition granted by the Department of Homeland Security to foreign born individuals who are unable to return to their home abroad due to life-threatening circumstances such as natural disasters and political strife.

TPS has helped Haitian families become financially stable by allowing them to work legally. It has allowed them to start over after horrific natural disasters such as the 2010 earthquake and even more recently, hurricane Matthew in 2016. It has provided hope in the form of legal documents. 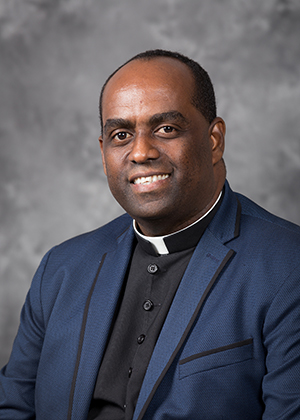 Father Reginald Jean-Mary, administrator of Notre Dame d'Haiti Mission in Miami, says “The extension (of TPS) gives families the opportunity to stay together.”

Haitians were granted protection under TPS after the 2010 earthquake that killed 230,000 people and affected around 3 million more. However, protection under this policy holds true to the name “temporary” and the removal of TPS has come close to reality for the Haitian population in Miami.

In November 2017, President Donald Trump’s administration announced the end of TPS for Haitians as of July 22, 2019. That decision was put on hold by federal courts pending the outcome of several lawsuits opposing the termination.

On Nov. 4 of this year, U.S. Citizenship and Immigration Services and the Department of Homeland Security quietly posted a notice in the Federal Register telling all TPS holders their status will be automatically extended in order to comply with the courts’ injunctions. (See accompanying story)

But no one knows how the courts will ultimately rule. As an advocate for the Haitian population in South Florida, the Catholic Church has been trying to help TPS holders during this time of uncertainty.

Since Notre Dame d’Haiti Catholic Church is located in the heart of Little Haiti, Father Reginald Jean-Mary, the church’s administrator, has been advocating for the renewal of TPS. He has partnered with grassroots organizations such as the Family Action Network Movement (FANM), Catholic Legal Services and even Haiti’s president, Jovenel Moise.

Father Jean-Mary said family is near and dear to the Catholic Church. Because of this, he tries to educate the Haitian community on their rights and how to protect themselves.

“The extension (of TPS) gives families the opportunity to stay together,” he said. “Every child of God has the right to live where God takes them.”

The priest added that he has noticed a decrease in the number of people attending Mass due to fear since the announcement of TPS’ elimination as well as possible ICE raids. Considering the current political and environmental state of Haiti, deportation would force those affected to return to a country where gangs terrorize people at every corner, jobs are not available, and inflation is at an all-time high.

“The biggest problem is sending parents back to a country with no stability and separating them from their children born here. The crisis (in Haiti) is so deep that it’s something that will take a long time to repair. That gives grounds to the renewal of TPS,” Father Jean-Mary said.

He added, “The greatest action we can take for people affected by TPS is to stand in solidarity. When we recite (the) Our Father, it means we are brothers and sisters. As disciples of Christ, we must be the voice. It is a call to all people of good faith and good heart.”

Johania Charles and Michidael Ceard are students at Barry University in Miami Shores who write for the student newspaper, The Barry Buccaneer. Charles' 2018 story on Black Catholic History Month merited a second place in the student division awards of the Catholic Press Association.