Columbus kayaking team has raised over $1.2 million for cancer research since 2000 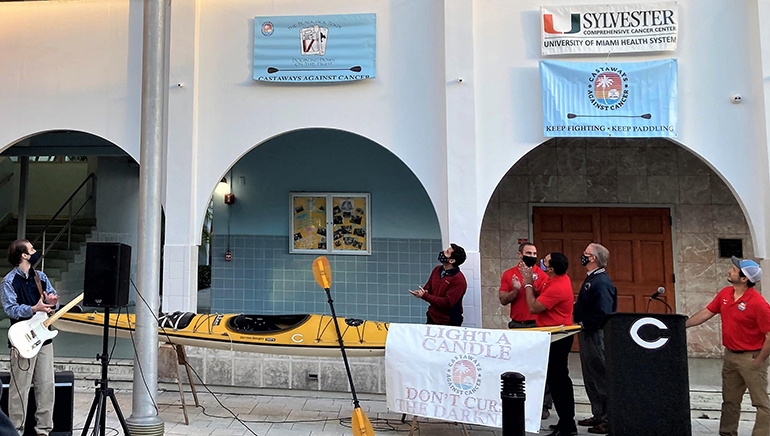 MIAMI | As they prepare to embark on their 22nd journey this June, Castaways Against Cancer unveiled a new logo designed by Christopher Columbus High School senior Antonio Varona III.

Castaways Against Cancer is a kayaking team made up of mostly Columbus high teachers and alumni, who paddle every summer from Miami to Key West in seven days to raise money for cancer research. Castaways was formed in 2000 by Columbus teacher Steve O’Brien and they have raised over $1.2 million since. The group’s motto is “Keep fighting. Keep paddling.”

The new logo was unveiled at a ceremony on the high school’s campus on World Cancer Day, Feb. 4, 2021.

Castaways will embark on their 22nd journey, The BlackJack Tour, on June 12. All proceeds will benefit the University of Miami’s Sylvester Comprehensive Cancer Center, which will match every dollar raised.