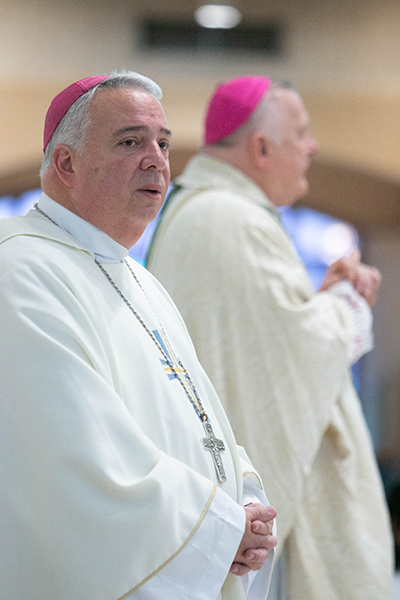 WASHINGTON | Pope Francis has accepted the resignation of Archbishop Charles J. Chaput, O.F.M., Cap., from the pastoral governance of the Archdiocese of Philadelphia and has named Bishop Nelson J. Pérez of Cleveland to succeed him.

Bishop Perez, 58, was born in Miami to Cuban parents, and grew up in New Jersey. He is the first Hispanic bishop to lead the Archdiocese of Philadelphia, and his appointment marks a return to the local Church where he was ordained.

"I am deeply grateful to the Holy Father for this appointment and his confidence in me," Bishop Perez said Jan. 23. "It is with great joy tinged with a sense of sadness that I accept the appointment — joy that I will be returning to serve the archdiocese in which I was ordained to the priesthood, where I served as the pastor of two parishes and where I held several leadership positions within the archdiocese, and sadness that I will be leaving an area and the incredible people in Northeast Ohio I have come to love deeply,” he said.

Via an email to the Florida Catholic, Miami Archbishop Thomas Wenski offered his congratulations to Philadelphia's archbishop-designate. "Although raised and ordained a priest in Philadelphia he was born in Miami. His elderly parents lived in Pembroke Pines and were members of St. Maximilian Kolbe Parish," Archbishop Wenski added. 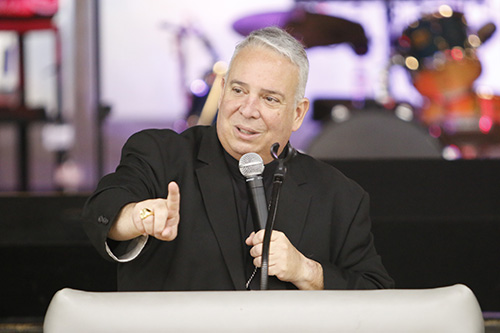 Bishop Nelson Perez of Cleveland, a Miami native who was raised in New Jersey, makes a point during his keynote talk in Spanish at the Catechetical Day held Nov. 3, 2018.

After pastoral and Hispanic ministry in the Archdiocese of Philadelphia, Bishop Perez was named an auxiliary bishop of Rockville Centre in 2012, and was consecrated a bishop that July. As auxiliary bishop he was episcopal vicar of Long Island’s eastern vicariate and oversaw the Hispanic apostolates of the diocese. In 2017 he was appointed bishop of Cleveland.

"Bishop Perez is a man who already knows and loves the Church in Philadelphia, and is already known and loved by our priests and people. I cannot think of a better successor to lead this Archdiocese," Chaput wrote online following the announcement.

The resignation and appointment were publicized in Washington on January 23, 2020 by Archbishop Christophe Pierre, apostolic nuncio to the United States.

The Archdiocese of Philadelphia is comprised of 2,202 square miles in the Commonwealth of Pennsylvania and has a total population of 4,119,268 of which 1,292,704 are Catholic.

Gustavo - 01/23/2020 12:24 PM
I don’t know much about this new Bishop. But I wish him luck. He has big shoes to fill as Chaput was one of the few orthodox Bishops left. That he is Cuban-American is irrelevant to me. I am also Cuban-American. This obsession that the hierarchy in America and elsewhere has with identity politics must go.