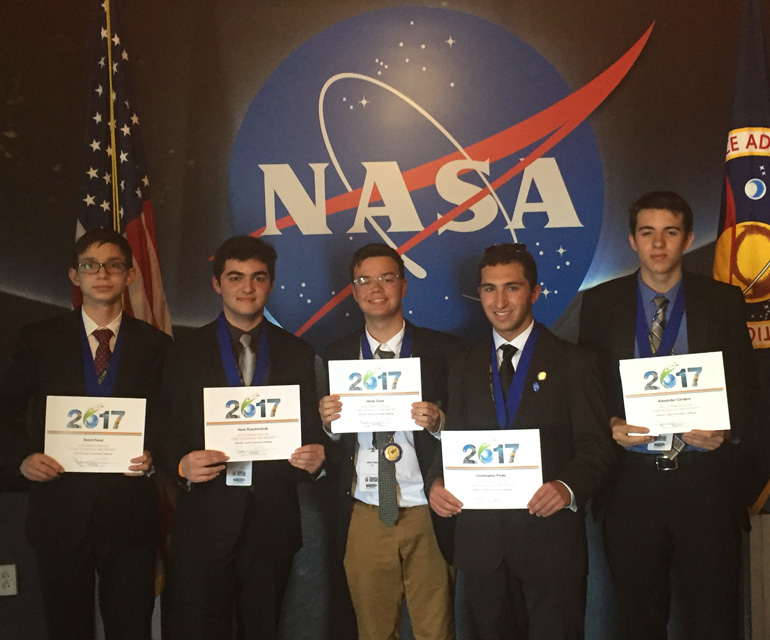 Team TIER, consisting of Jesus Capo, David Perez, Chris Perez, Alex Cordero, and Hans Rueckschnat, competed against high school teams from around the world and brought home first place in the Cybertechnology and Security Category. Their innovative product, the Mini BlackBox, is a rugged casing for high performance computers, supercomputers and servers which implements a modular design.

The team won the competition through a multi-phase process:

All of the team members were named "Pete Conrad Scholars," the highest honor possible in the competition. They

received a gold medal, $5,000 for use toward a patent, free business consulting (a $5,000 value) from the Wisconsin Innovation Service Center, and free membership to Sigma XI, a research society of more than 8,000 researchers, scientists, and engineers.