One month later: What now for Surfside?

Questions about what comes next for relatives of collapse victims, those who lost their homes 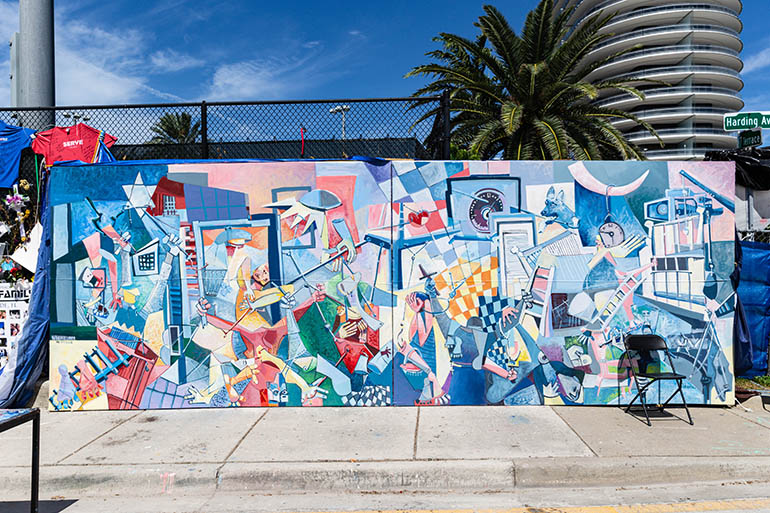 A tribute to Surfside victims created by Texas-based artist Roberto Marquez is also part of the "wall of remembrance" at Surfside. 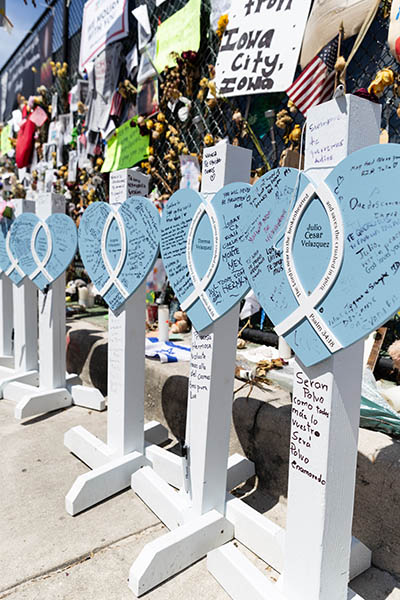 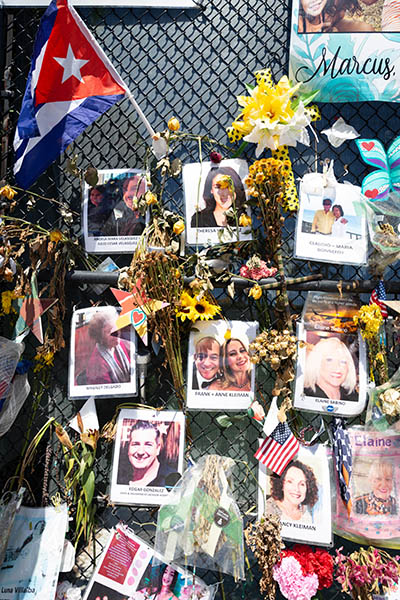 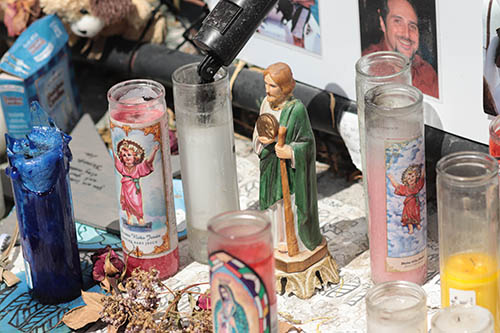 MIAMI | One month after the tragic Surfside condo collapse, there is seemingly a heaviness at the ever-evolving “wall of remembrance” there, not made lighter by a 4 p.m. late-July sunshine reflecting off the concrete sidewalk.

The array of flags, candles, photos, hand-written notes, stuffed animals and wilting flowers — even a new Texas-based artist’s mural — at the makeshift memorial speak to the varied lives of the 97 victims who have been identified through DNA analysis and other means.

The final chunks of rubble from the 12-story oceanfront Champlain Towers South had been cleared away by July 21 and are being stored and examined off site for further evidence and human remains.

According to Miami-Dade County Mayor Daniella Levine Cava, 97 victims have been identified and 97 families notified, with 242 people accounted for. “We believe there is one victim not yet identified,” said a statement issued July 21, when the last three victims were identified. (Update: The last, and 98th victim, was identified July 26.)

Mayor Levine Cava said it had become increasingly challenging to identify victims, and that the effort is relying heavily on the work of the medical examiner’s office and the scientific, technical process of identifying human remains.

"Thanks to the diligent and incredibly thorough work of our first responders and debris handling teams, the building collapse site has been mostly cleared and debris relocated to the evidentiary debris collection site near the airport,” Mayor Levine Cava said.

“The first responders are now conducting additional searches of the debris at the collection site, as we continue to do everything we can to search as thoroughly as possible for any remains to bring closure to families. We are continuing to search with enormous care and diligence and to work closely hand-in-hand with faith leaders as we have since the beginning of this process.”

Teams are also continuing to recover personal property and religious artifacts and are following careful collection and tagging protocols, she added.

The June 24 collapse brought national attention to the town of Surfside, north of Miami Beach, and its vibrant ethnic and religious mix of residents, tourists and short-term visitors who lost their lives in the tragedy.

Video showing the building’s collapse in the early morning hours of June 24 and the subsequent news footage of the rubble brought to mind scenes of 9/11. As with 9/11, there is already a public discussion underway about what comes next.

Some community and business leaders have been calling for a permanent memorial of the sort that now graces the 9/11 site in New York, while others, including some of the survivors of the collapse, have expressed a wish to resume living in a rebuilt condo on the same site. Others have suggested some sort of blend of the two concepts, including an offer to place the memorial nearby in an oceanfront park in Miami Beach.

A Florida judge is considering what should be done with the property and how to compensate the victims’ families from the limited insurance funds available.

Miami-Dade Circuit Judge Michael Hanzman said at a recent public hearing that the victims and families who suffered losses will share a minimum of $150 million in compensation initially: $50 million in insurance on the Champlain Towers South building and an expected $100 million in proceeds from the sale of the property.

A new owners’ committee will provide input on what will happen to the property, the judge added.

Meanwhile, the town of Surfside worked with its neighbor to the north, the Village of Bal Harbour, to host a beachfront commemorative concert July 25 featuring the South Florida Symphony Orchestra. The names of the victims were read at the end of the classical music program, followed by the release of butterflies. 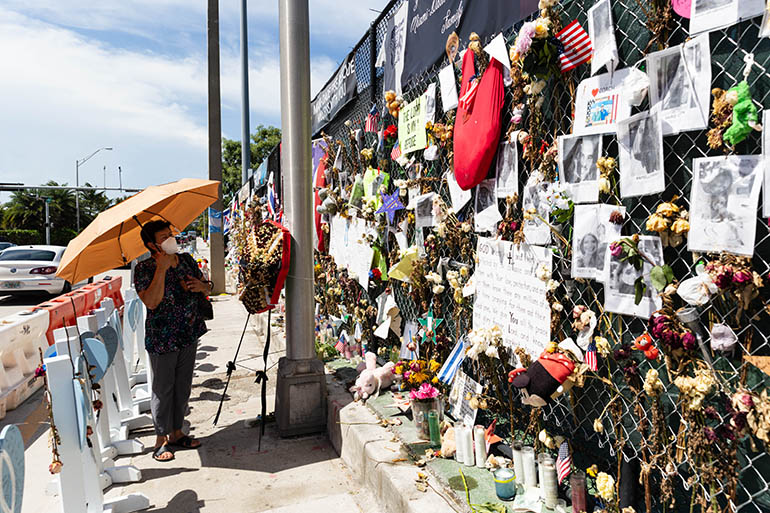 A woman looks at the ever-evolving "wall of remembrance" that commemorates the lives of the 97 victims identified so far in the June 24, 2021 tragedy.