Archbishop: Don't give up on Haiti

The non-governmental organization is bringing positive changes to a country filled with poverty, joblessness, corruption and violence.

“Such love explains why an organization like Haiti First exists and why despite difficulties, misunderstandings, frustrations and a host of problems, people refuse to give up on Haiti,” the archbishop said. 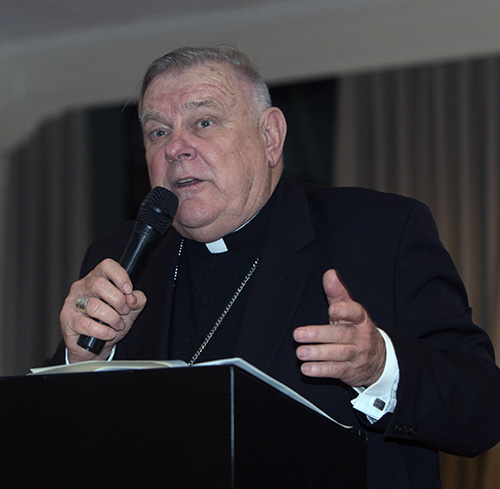 Justin Manuel, a Haitian-American and Miami realtor, founded Haiti First in 2006. It became an NGO in 2011. Haiti First’s mission is to empower the people of Haiti through knowledge of science, technology, engineering and math. The group values compassion, innovation, resilience, authenticity, and integrity. It also sponsors a scholarship that has sent 38 Haitian-American students to college.

“We sent 77 desktop computers to several schools in Haiti and created two computer labs in Port Salut and Riviere Froide,” Manuel said. “This year, we were able to build a temporary school in Lozier. The school is still under construction. It now has three classrooms for the first three grades with 60 children. Eventually it will have 10 classrooms. The people are so grateful for the school and it has been such a blessing to them and their families.”

There weren’t any schools in Lozier, a rural village miles from the nearest city of Petit-Goave, an area in western Haiti which suffered great damage from the 2010 earthquake. Haiti First is striving to increase literacy in the country, which has a 40 percent illiteracy rate.

Father Franckel Fenelus, director and founder of the school in Lozier and pastor of St. Joseph Church there, found a way to help fund the school.

“We took a loan to buy animal feed to sell to local farmers to support the school,” Father Fenelus said at the dinner, held Nov. 16 in Miami Shores. “Our teachers have come from Port-au-Prince.”

Many children in Haiti have talent, but their parents don’t have money for school, said Justin Manuel’s son, Stephane Manuel, a U.S Army veteran and West Point graduate.

“We appreciate your presence here tonight,” Justin Manuel said. “We are blessed to help those in Haiti. I am proud and grateful for your devotion, persistence and conviction for the cause of Haiti First. It simply shows your commitment and your willingness to increase the knowledge and economic potential of our country.” 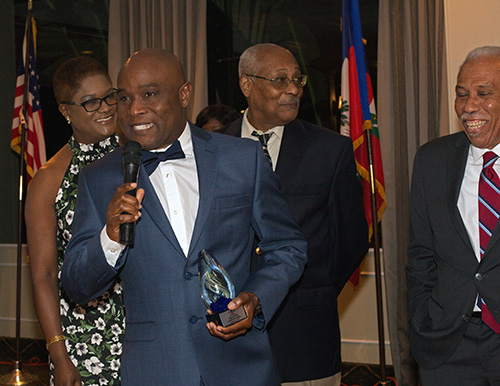 Recently, the USNS Comfort, a world class hospital ship, visited Port-au-Prince. Archbishop Wenski said this moment of upheaval was a good time for that ship to be in Haiti. He referred to an email he received from Father Richard Frechette, a Passionist priest and medical doctor who heads the St. Luke Foundation for Haiti outside of Port-au-Prince.

Haiti has a litany of woes, the archbishop continued. Change is necessary.

“Pope John Paul II said in Haiti in 1983, ‘Fok sa chanje,’ things must change,” the archbishop said. “His words became a rallying cry in the country. But 36 years later has anything changed for the better? Perhaps the pope was trying to say, ‘Fok nou chanje,’ we must change. We must strive to be the change we want to see in others.”

The archbishop said the country needs help now more than ever, and such help adds grace upon grace to the great work people like Father Frechette and organizations like Haiti First are doing for God’s glory and the betterment of God’s people. 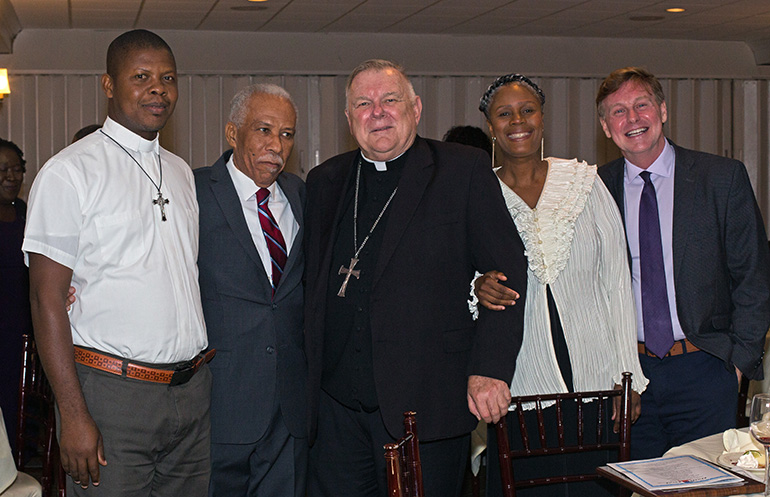