The games, held on March 7, featured competition in four sports: soccer, volleyball, bocce and cycling. The athletes trained for 10 weeks or more. 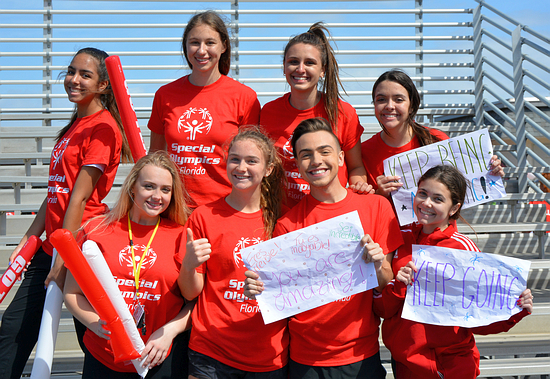 Top finishers from Saturday’s County Games are now eligible to advance to the Area Games, where they will compete against other athletes from Miami-Dade and Monroe counties. Winners will go to the State Summer Games at ESPN Wide World of Sports in Orlando, May 15-16.

Because 2020 is a qualifying year, athletes can use these competitions as a springboard to the Special Olympics 2022 USA Games, which will also be held in Orlando.

The day’s festivities on March 7 kicked off with an Olympic-style opening ceremony, as athletes and coaches, led by the Knights of Columbus Color guard and the Cardinal Gibbons Marching Band, paraded onto the field.

Friends, family members, volunteers, sponsors and community members filled the stands and surrounded the field, as they welcomed the athletes with applause. 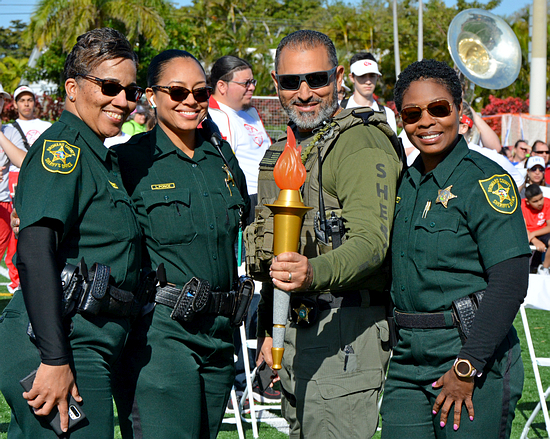 Members of the Broward Sheriff's Office show the Flame of Hope, used March 7 at the start of the Special Olympics Florida Broward County Games.

Athletes, student volunteers and members of Broward Sheriff’s Office then took part in the traditional running of the torch with the Special Olympics Flame of Hope. Father Ricardo Rivera led the crowd in prayer, followed by remarks from Cardinal Gibbons President Tom Mahon.

Mahon said it was an honor to have the Cardinal Gibbons community supporting Special Olympics Florida and its athletes. "Thank you for allowing us to share in their achievements," he said.

The school has hosted the event for the last five years, and it has become a favorite community event for students and faculty alike. This year, more than 70 students volunteered at the Special Olympics.

While addressing the Cardinal Gibbons faculty and staff prior to Saturday’s festivities, Mike Morrill athletic director, said, "Hosting the Special Olympics is really one of the best things we do here at Cardinal Gibbons."

Linsey Smith, vice president of South Florida operations for Special Olympics Florida, returned the praise. "We are overwhelmed by the volunteer engagement we see from the Cardinal Gibbons student body every year. Today would not be possible without the support of our volunteers." 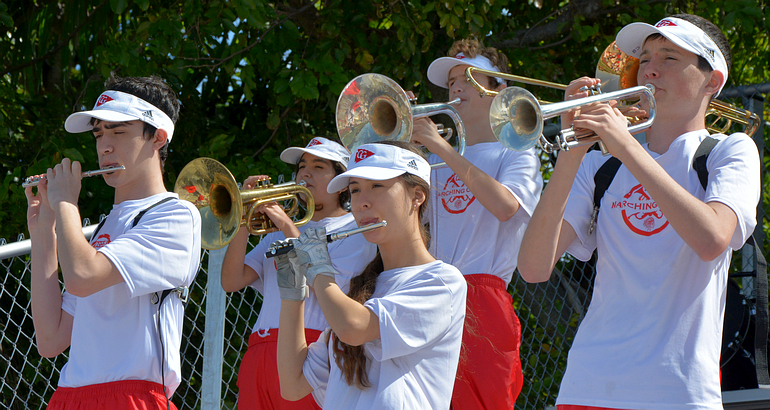