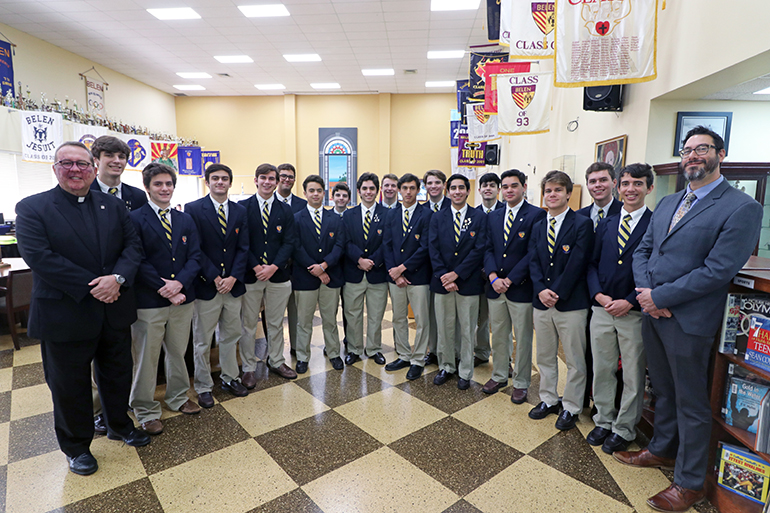 Most of the Belen Jesuit seniors who have been named National Hispanic Recognition Scholars by the College Board pose for a photograph with the school's president, Jesuit Father Guillermo GarcÃÂ­a-TuÃÂ±ÃÂ³n, and RamÃÂ³n Nicosia, assistant principal for the high school.

MIAMI | Twenty Belen Jesuit seniors have been named National Hispanic Recognition Scholars. by the College Board. These are the students who scored in the top 2.5% on the PSAT among all Hispanic and Latino test-takers.

Approximately 7,000 academically outstanding high school students from the more than 400,000 Hispanic and Latino juniors who take the PSAT/NMSQT are awarded a certificate of recognition.

“These students are goal-oriented young men who succeed in the classroom and on standardized tests,” said Principal Jose E. Roca. “All of the students recognized are also exemplary members of the community through their commitment to extracurricular activities, community service and athletics. In all, they represent what it means to be well-rounded students and true men for others.”

The 2019 National Hispanic Recognition Scholars from Belen Jesuit are: