Bishops given greater responsibility, faithful who attend must not deny validity of liturgical reform

VATICAN CITY | After consulting the bishops throughout the world, Pope Francis has decided to modify the norms regulating the use of the 1962 missal granted 14 years ago by his predecessor, Pope Benedict XVI, as the “extraordinary form of the Roman Rite.”

The pope published the Motu proprio Traditionis custodes, regarding the use of the Roman liturgy prior to 1970, dated July 16, 2021. It is accompanied by a letter in which he explained the reasons behind his decision. Here are the main points.

The responsibility to regulate the celebration of the pre-conciliar liturgy returns to the bishop, as the moderator of the liturgical life of the diocese: “It is his exclusive competence to authorize the use of the 1962 Roman Missal in his diocese, according to the guidelines of the Apostolic See.” The bishop is to verify that groups already celebrating the liturgy with the 1962 Missal “do not deny the validity and the legitimacy of the liturgical reform, dictated by Vatican Council II and the Magisterium of the Supreme Pontiffs.” 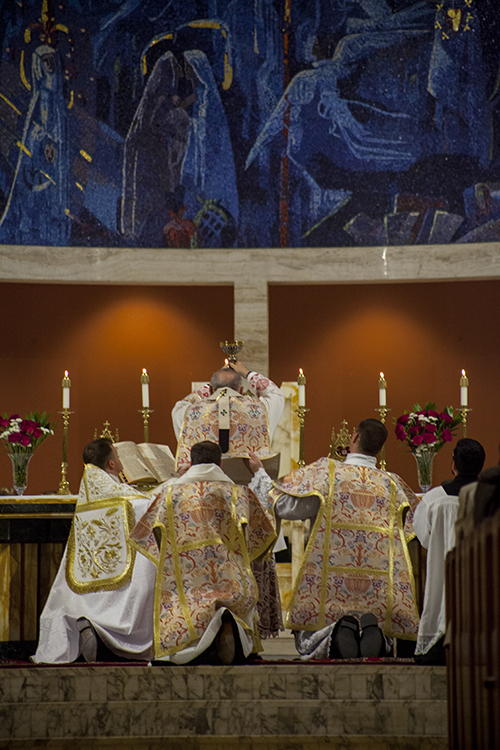 Masses celebrated according to the 1962 Missal are not to take place any longer in parishes. Bishops are to establish both the location(s) where and the days on which it will be celebrated. It is required that the readings be proclaimed “in the vernacular language,” using the translations approved by the episcopal conferences. The celebrant will be delegated by the bishop. The latter is also to evaluate whether or not to retain the celebration of the pre-Vatican liturgy according to its “effectiveness for spiritual growth.” It is also necessary that the designated priest not only have at heart the correct celebration of the liturgy, but also the pastoral and spiritual care of the faithful. The bishop is “to take care not to authorize the establishment of new groups.”

In the letter accompanying the document, Pope Francis explained that the established concessions granted by his predecessors for the use of the 1692 Roman Missal were above all “motivated by the desire to foster the healing of the schism with the movement of Mons. Lefebvre.” The request directed to the bishops to generously welcome the “just aspirations” of the members of the faithful who request the use of this Missal was also motivated by “the ecclesial intention of restoring the unity of the Church.” Pope Francis observed that “many in the Church came to regard this faculty as an opportunity to adopt freely the Roman Missal promulgated by St. Pius V and use it in a manner parallel to the Roman Missal promulgated by St. Paul VI.”

The pope recalled that Pope Benedict XVI’s decision promulgated with the Motu proprio Summorum Pontificum (2007) was sustained by the “confidence that such a provision would not place in doubt one of the key measures of Vatican Council II or minimize in this way its authority.” Fourteen years ago, Pope Benedict declared “unfounded the fear of division in parish communities, because ‘the two forms of the use of the Roman Rite would enrich one another’.”

However, the responses to the recent questionnaire circulated by the Congregation for the Doctrine of the Faith among the bishops, Pope Francis wrote, “reveal a situation that preoccupies and saddens me, and persuades me of the need to intervene.” Benedict’s desire to ensure unity, Pope Francis said, has “often been seriously disregarded,” and the concessions offered with largesse have instead been “exploited to widen the gaps, reinforce the divergences, and encourage disagreements that injure the Church, block her path, and expose her to the peril of division.”

The pope said he is “saddened by abuses in the celebration of the liturgy on all sides.” In addition, he deplored the fact that the “instrumental use of Missale Romanum of 1962 is often characterized by a rejection not only of the liturgical reform, but of the Vatican Council II itself, claiming, with unfounded and unsustainable assertions, that it betrayed the Tradition and the ‘true Church’.” To doubt the Council, Pope Francis explained, “is to doubt the intentions of those very Fathers who exercised their collegial power in a solemn manner cum Petro et sub Petro in an ecumenical council, and, in the final analysis, to doubt the Holy Spirit himself who guides the Church.”

This is the final reason Pope Francis gave for his decision to modify the past concessions:

“Ever more plain in the words and attitudes of many is the close connection between the choice of celebrations according to the liturgical books prior to Vatican Council II and the rejection of the Church and her institutions in the name of what is called the “true Church.” One is dealing here with comportment that contradicts communion and nurtures the divisive tendency — ‘I belong to Paul; I belong instead to Apollo; I belong to Cephas; I belong to Christ’ — against which the Apostle Paul so vigorously reacted (1 Cor 1:12-13). In defense of the unity of the Body of Christ, I am constrained to revoke the faculty granted by my Predecessors.”

This article is a working translation of the original Italian. 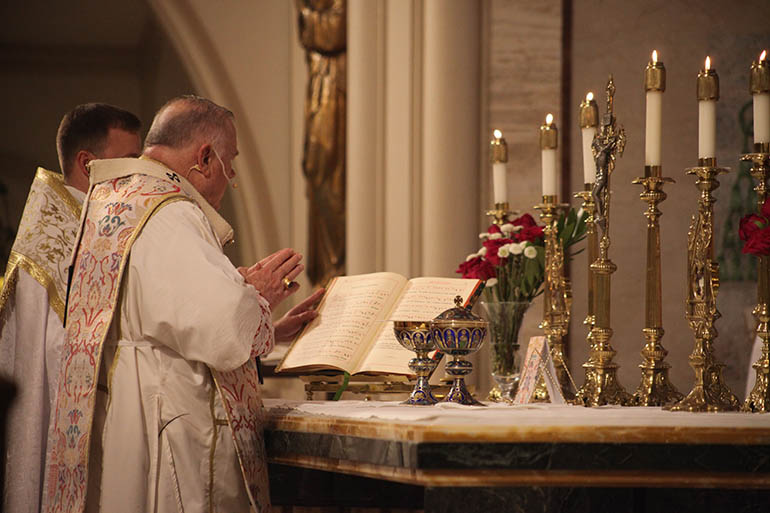 PAUL J SCHLACHTER - 07/21/2021 02:17 PM
A number of archbishops and bishops have already responded to the latest motu propio with brotherly counsel and appeals for calm reflection. I hope that our brother in Christ will do the same, giving us a kind of “state of the archdiocese” on the extent of liturgies celebrated in Latin in our parishes. He could include whether Latin-language liturgies are encouraged in seminary training of our clergy, and why celebrations such as shown in the photos were given such prominence at the time. Have parts of our archdiocese responded with other intentions to the hopes expressed when Summorum Pontificum was issued?

Irena Nowak - 07/21/2021 01:36 PM
Thank you for posting this article. It clarifies many of the questions I , and no doaubt other, Catholics have about Pope Francis' recent statement about the celebration of the Pre-Vatican Council II Mass.

Felipe Barreda - 07/21/2021 12:21 PM
I am a faithful Catholic who accepts the validity of the Second Vatican council however I feel that I am being punished for my preference for the Extraordinary form because of the actions of a vocal minority pseudo traditional Catholics who have knowingly and wrongly disparaged the ordinary Roma Rite and have no qualms of leaving the Church as Godless protestants. This document tells me that despite my faithfulness Pope Francis does not welcome me into the church and that I have no place in the church. Rather than promote unity, this will only encourage more serious schism. It is not the liturgy that is the problem but the failure of our church leaders for the past 50 years of catechizing the faithful to promote understanding. What about the Easter Churches? For the sake of Christian unity will the pope force Byzantine Catholics in communion with Rome to abandon their traditions. Pope Francis has no mercy in his heart for doing this and instead of taken this drastic action he should first and foremost listen to his flock but again as stated before we traditionalists, the true and obedient ones that repudiate the schismatic pseudo traditionalists such as the Priestly Society of St. Pius X are being told by Pope Francis that we are no longer welcome in the church and we have no place. Thank Pope Francis for your uncharitable abandonment of me. P. S. I have read the apostolic letter and it is appalling document of bad judgement. If Archbishop Wenski has a heart he will meet with those that this document affects.

Dorothy J. Graney - 07/21/2021 04:31 AM
Thanks be to the Holy Spirit for giving the Church this fatherly, courageous Shepherd! This matter of the so called “Traditionalists”, the “Pius X Society”, has ripped apart Catholicism for the past 40 years, causing painful confusion, discord, and the potential loss of faith in countless souls. I have experienced this horrendous discord personally, for this schismatic group has drawn away my own family members, who profess that their group alone are “true Catholics”. I have been disgusted by their hateful pronouncements concerning Pope Francis, whom I consider to be a wise and gentle Pontiff, one who most closely emulates our loving, merciful Lord Himself. Pope Francis has not now caused a schism in the Catholic Church; the schism has existed for several decades! Our saintly Pope has acted as a true Shepherd, as Christ Himself would act, reining in the interlopers to restore unity in the Church. There is but one “Peter”, and he alone is the rock selected by the Holy Spirit. There is no place for arrogance or hateful disunity in Christ’s Kingdom on Earth. May God grant length of years to our beloved Francis, whom the Church and the world needs so much.