VATICAN CITY | Pope Francis sent a video message for the beatification of José Gregorio Hernández, a Venezuelan doctor who served the poor during the Spanish flu pandemic.

“The beatification of Dr. Hernández is a special blessing of God for Venezuela, and invites us to grow towards greater solidarity with one another, to produce all together the response of the common good so necessary for the country to revive, to be reborn after the pandemic with a spirit of reconciliation,” the pope said in the message.

“In the midst of all the difficulties, I ask all of you who love Dr. José Gregorio so much to follow his admirable example of selfless service to others,” he said. (Read more about his life here.) 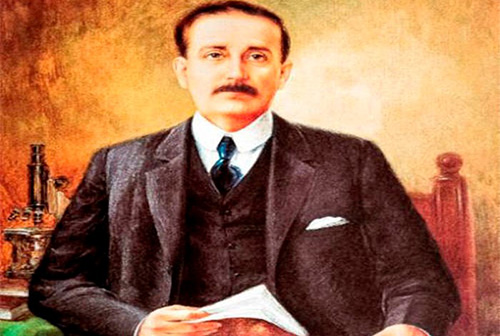 Pope Francis sent the message on the eve of the April 30, 2021 beatification in the Venezuelan capital, Caracas. Cardinal Pietro Parolin, the Vatican Secretary of State, had planned to preside over the beatification Mass but canceled the trip to Venezuela on April 28 due to the coronavirus pandemic.

“The beatification of Dr. José Gregorio takes place at a particularly difficult moment for you. Like my brother bishops, I know well the situation you are undergoing, and I am aware that your prolonged suffering and anguish have been aggravated by the terrible COVID-19 pandemic that is affecting us all,” Pope Francis said.

Venezuela, a country of almost 29 million people bordering Colombia, Brazil, and Guyana, is in the midst of a years-long political and economic crisis.

In his video message, the pope said repeatedly that he would like to visit Venezuela, emphasizing that he was praying for “reconciliation and peace” in the country.

Francis urged Venezuelans to “seek the path of national unity” by “putting the common good before any other interest.”

“And I ask the Lord that no external intervention prevents you from following this path of national unity,” he added.

Pope Francis said: “I sincerely believe that this moment of national unity, around the figure of the people’s doctor, constitutes a particular moment for Venezuela and demands that you go further, that you take concrete steps in favor of unity, without letting yourselves be overcome by discouragement.”

“Following the example of Dr. José Gregorio, may you be able to recognize each other as equals, as brothers, as children of the same homeland.”

José Gregorio Hernández was born on October 26, 1864, in the town of Isnotú in the Venezuelan state of Trujillo. He lost his mother at the age of eight.

Hernández studied medicine in Caracas and received government funding to continue his studies in Paris in 1889 for two years. After returning to Venezuela, he became a professor at the Central University of Caracas, where he started each lesson with the sign of the cross.

Hernández attended daily Mass, brought medicine and care to the poor, and made a profession as a Third Order Franciscan.

He eventually discerned a monastic religious vocation and gave up his professorship to enter a cloistered Carthusian monastery in Farneta, Italy, in 1908, with the name of Brother Marcelo. After nine months, he fell ill, and his superior ordered him to return to Venezuela to recover. In Caracas, he received permission to enter the Santa Rosa de Lima Seminary.

He moved to Rome for three years to study theology at the Pius Latin American College, but again became ill and was forced to return to Venezuela in 1914.

Hernández concluded that it was God’s will for him to remain a layman. He decided then to promote sanctification as an exemplary Catholic by being a doctor and giving glory to God by serving the sick.

He devoted himself to academic research and deepened his dedication to serving the poor, particularly during the 1918 Spanish flu pandemic.

One day, as the doctor went to pick up medicine for an elderly poor woman, he was hit by a car. He died in hospital on June 29, 1919, after receiving the last rites.

Catholics in Venezuela have welcomed Hernández’s beatification as an inspiration for other lay people.

The National Council of Laity of Venezuela sent a statement to ACI Prensa, CNA’s Spanish-language sister agency, expressing joy over “the first Venezuelan layman to be raised to the altars.”

“In this Year of the Venezuelan Laity, we hope that the heart of each person is animated by such an exemplary figure and that we live as authentic disciples giving daily witness to the resurrection of Jesus Christ, our Lord and Savior,” it said.

The lay Catholic association emphasized that Hernández “faced many difficulties during his life, including the pandemic of the so-called Spanish flu of 1918, which caused the death of many Venezuelans. However, he never tired in his eagerness to serve the Lord by giving himself to others.”