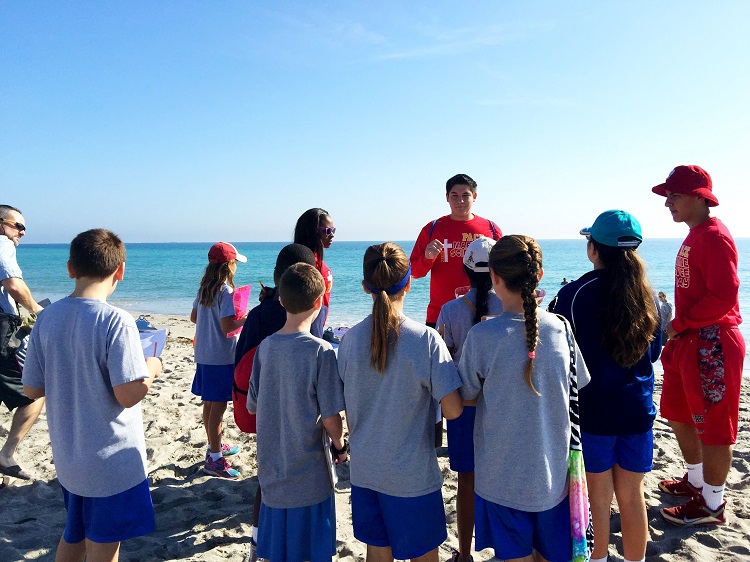 For their third-quarter project, students in Pace science teacher Stephanie Hibbard’s marine science classes became teachers themselves as they instructed fifth grade students from St. Lawrence and Nativity on different aspects of the subject.

Working in conjunction with St. Thomas University, which provided a lot of the materials used on the trip, the Pace students made eight stations at a picnic area next to the beach. Throughout the morning, fifth graders would visit each station for 15 to 20-minute sessions on different subjects such as water chemistry, microbiology, and avian ecology before switching to another station. The format was meant to be a condensed version of a typical high school student’s day, only outdoors and with trips to the beach to look for birds and observe beach erosion.

According to Hibbard, the Pace students were given a chance to prove what they have learned in her classroom and use their knowledge to teach others. “Our kids (were) the teachers,” said Hibbard. “They had to create lesson plans and assignments with answer keys.”

While the fifth graders got the chance to learn about marine science, the Pace students ended up learning what it was like to be a teacher.

“I think it’s a great experience and it’s great to able to teach kids about what I’m learning in school,” said junior Jorge Arenas.