It takes a village to save an unborn child

Women testify to influence of family, friends, clergy when choosing life over abortion 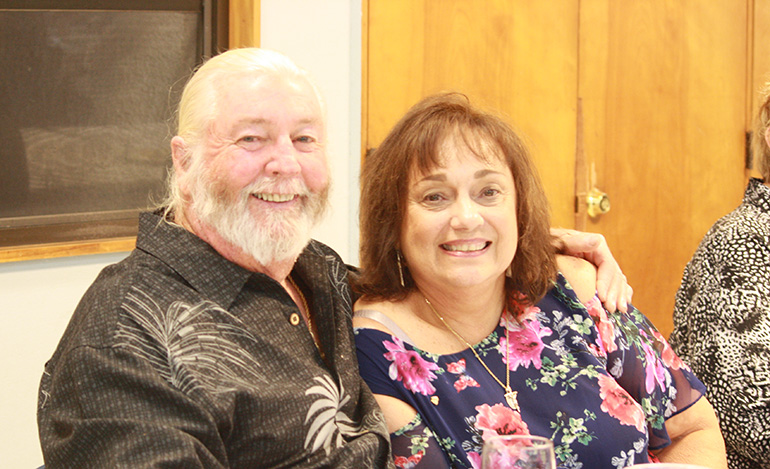 TAMARAC | The tagline “choose life” is not just for expectant mothers.

“If you are approached by someone, you may the one person that may save the life of the child, just by giving a word of hope or encouragement,” said Joan Crown, director of the archdiocesan Respect Life ministry.

Just ask Tewannah Aman. The executive director of Broward Right to Life also happens to be post-abortive. She deeply regrets having an abortion when she was 18 and feels she would have chosen life had someone been praying and offering information in front of the facility that day.

For Linda Frohring, a chance encounter with a mysterious priest in a hospital hallway 36 years ago stopped her from following through with the abortion her doctor had recommended.

While each woman chose a different path, both testify to the tremendous impact family, friends, clergy, and doctors can have in the decision to abort a child. They recently gave their inspirational testimonies to about 100 guests who attended St. Malachy Church’s 26th annual Mary for Life celebration, held on the feast of the Immaculate Conception. 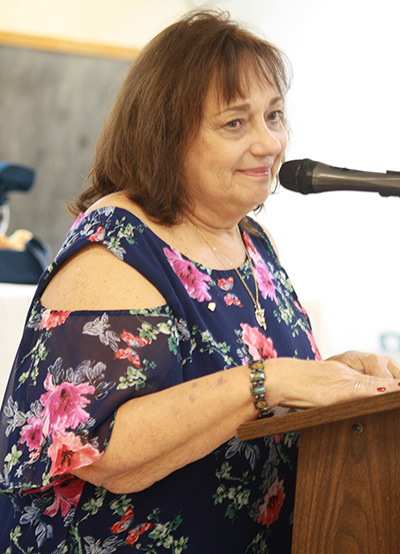 “I do not believe there is a woman anywhere that has an abortion and likes it. They are in emotional turmoil. We can never judge,” said Linda Frohring during her talk at the annual Mary for Life celebration held Dec. 8 at St. Malachy Church, Tamarac.

When people ask Frohring, an active parishioner at St. Bonaventure in Davie, how many children she has she responds with a caveat. “Six. Four are living and two have passed.”

Frohring’s brush with abortion came after an onslaught of tragedies. Soon after a car accident claimed the life of her 7-year-old son, she lost her fifth child during her last month of pregnancy. When she became pregnant again five weeks later, her doctor advised her to have an abortion.

Frohring protested, but her doctor told her she would end up with either a dead or severely challenged child. Her husband, Craig, was also in an emotional state and did not know what to do.

“Everyone would say, how much more can your husband and your other children go through?” Frohring said.

Although she could not really stand the thought of having an abortion, the emotionally distraught Frohring convinced herself it was the right thing to do, especially since a priest, whom she trusted, had told her it was okay.

She checked into the hospital the night before the scheduled abortion.

“All night I walked the halls and cried, I could hardly stand up” she recalled. “And suddenly, down the hall I saw this priest coming toward me. He asked, ‘What’s wrong?’ I said, ‘It’s a long story.’ He said, ‘I got all night.’”

After telling him her story, he told her no ordained priest would advise an abortion. “You have no right to take that child’s life.”

“After he left, I went out to the nurse’s station and said, ‘Cancel it. I cannot do it,’” Frohring said.

Her doctor then referred her to another physician who specializes in high-risk pregnancies, and she gave birth to a perfect little girl.

“I will never forget at the time of birth looking at her and saying, ‘I almost ended her life.’ Every time I look at my daughter I say, ‘Thank you God, thank you Holy Spirit for being in my life,’” said Frohring, who despite trying, never discovered the identity of that priest.

“I knew God sent me an angel that night to stop me,” she said, empathizing with women who do have abortions. “I know how they feel. They feel so sad. I do not believe there is woman anywhere that has an abortion and likes it. They are in emotional turmoil. We can never judge.” 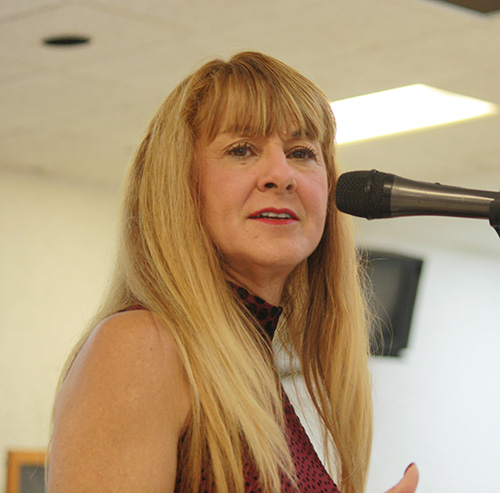 “We are all messengers for God,” said Broward Right to Life Executive Director Tewannah Aman, who shared her testimony at the annual Mary for Life celebration held Dec. 8 at St. Malachy Church, Tamarac. She encouraged everyone to join her in praying in front of abortion clinics, especially during the 40 Days for Life event which begins Ash Wednesday.

Aman said she was excited about having a baby, but her mother took her to have an abortion. She recalls feeling scared, and thinking it did not seem right. But she thought it was okay because she did not have a choice and her mom said it was the right thing to do.

Years later, when she started going back to church, she was listening to a radio broadcast describing an abortion procedure. “I sat there in the car thinking to myself, what are they doing to these children? And then I realized that had happened to my own child.”

Aman said she experienced a period of devastation, brokenness, and sadness, but by God’s grace, she found counselors who encouraged her. Years later, after marrying her husband, John, she went into premature labor at around 21 weeks. Their son lived three hours. She was devastated and angry.

“I had read in ‘What to Expect When You’re Expecting’ that you can have a problem in future pregnancies if you have had a prior abortion,” Aman said, noting that abortion counselors do not give out that information. This prompted her to go back to the abortion facility to retrieve her file.

“In my file, the doctor wrote that he explained everything to me, including the psychological trauma I could experience and the description of the abortion procedure. I had no idea this was going to happen to me. I got nothing and I knew absolutely nothing,” said Aman.

She now works with her husband, who brought her into the pro-life movement and serves as president of Broward Right to Life. She teaches abstinence and sanctity of life programs and authored a book, “Guard Your Heart,” as a resource for young people seeking relationships that conform with God’s teachings. The Amans also help coordinate the 40 Days for Life campaign in Fort Lauderdale. 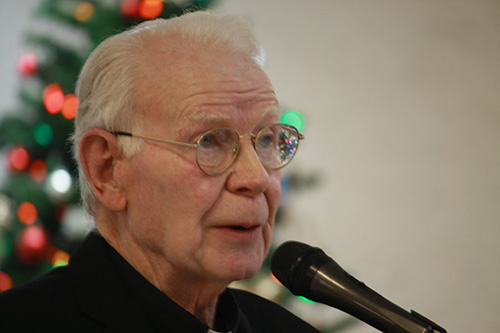 Father Dominick O'Dwyer, pastor of St. Malachy, addresses guests at the annual Mary for Life celebration held Dec. 8 at St. Malachy Church, Tamarac. “Thank God for people like Linda and Tewannah and all of you at St. Malachy, who are promoting human life and protecting it as best we can, especially by your prayers and all the things we do. As small as they may be, they all matter," he said.

“We all are messengers for God. Some may be thinking: Can I really do this? Can I stand and pray? Prayer makes a difference, prayer moves mountains, and prayer can change the hearts and minds of individuals. Do not believe that nothing happens. When you go and you pray, something happens. God hears our prayers, God answers our prayers,” Aman said.

“Because Christ has healed me from the pain and the shame and the regret, I can proclaim what he has done in my life. I am not looking to dredge up the past, I am looking to proclaim that he heals and he delivers and he frees,” she added. “I know when I get to heaven there will be many saying thank you, for being there and reaching out.”