Protest Priest: ‘We need to teach our men to be men’ 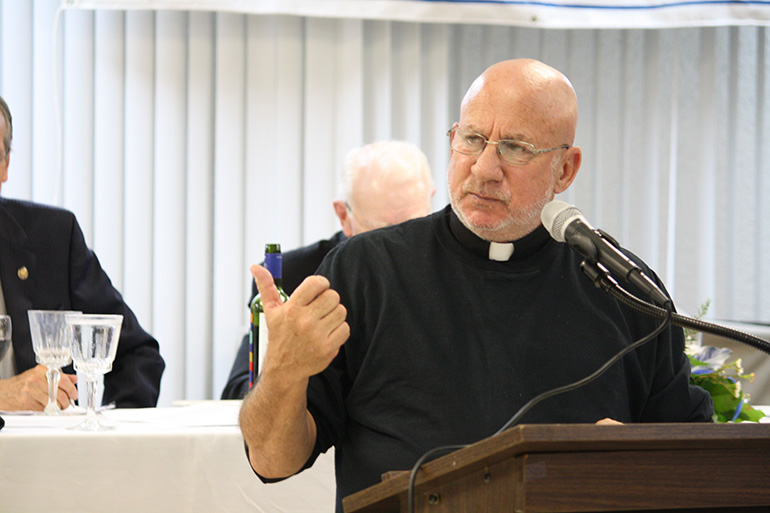 Father Stephen Imbarrato speaks at the 25th annual Mary for Life Banquet held at St. Malachy Church Dec. 8. He shared his story of being complicit in the abortion procured by his former girlfriend and his belief that men are "covert perpetrators" in most abortions.

TAMARAC | Father Stephen Imbarrato didn’t stand up for his girlfriend when he got her pregnant in the early 1970s. But as a seminarian in 2004, at the foot of the Supreme Court and on the anniversary of Roe vs. Wade, he became the first man to give his testimony at a Silent No More rally. While he was at it, he apologized to every woman for every man who let his woman down.

Today, Father Imbarrato, known as “the Protest Priest,” is one of the leading advocates of national protests to end abortion. He actually prays for rain before going out to pray in front of abortion facilities, because he hopes the inclement weather will discourage women from showing up for their abortion.

“The worse the weather, the greater the grace — and sacrifice brings grace,” he says. 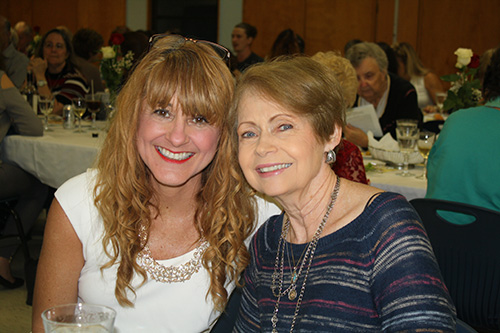 Prior to the presidential election, he flooded the airwaves with his pro-life message, making 10 appearances as a guest homilist on EWTN’s daily Mass in hopes of influencing people to take a stand for life at the ballot. His whopper of a goal is to end abortion before the end of Donald Trump’s first term.

Father Imbarrato was the guest speaker this year at the 25th annual Mary for Life banquet, held at St. Malachy Parish every Dec. 8, the feast of the Immaculate Conception. The New Jersey native shared his insights with 150 guests, marking this year’s banquet one of the highest attended in its history.

As a grandfather of four, Father Imbarrato has a unique background for a priest. He received his calling later in life and was ordained in 2005 at the age of 53. In 1987, he adopted a boy from Colombia and became a single father. Tragically, his son, John, took his own life two years ago, which led to Father Imbarrato’s ministerial interest in those coping with suicide.

While working in parish ministry in the Archdiocese of Santa Fe, New Mexico, he founded several pro-life organizations, including Project Defending Life and the Holy Innocents Chapel next to a Planned Parenthood facility in Albuquerque.

After 10 years in parish ministry, he joined the team at Priests for Life. Its director, Father Frank Pavone, calls him "the most activist pro-life priest in the country." Father Imbarrato also co-hosts the EWTN program, “Defending Life.”

What did you do about this?

In his signature "pull no punches" style, Father Imbarrato began his keynote talk at the Mary for Life banquet by describing his vision of the Second Coming of Jesus, which “puts pro-life ministry in perspective,” he said. 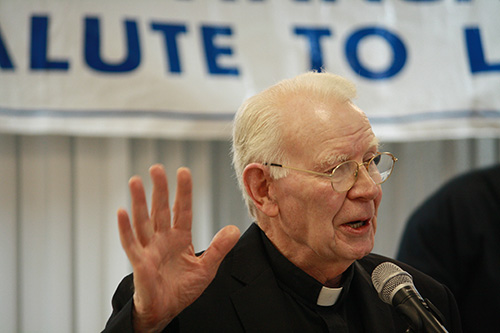 “Imagine the second coming of Jesus and from horizon to horizon we see the remains of the billions or so babies aborted worldwide since Roe vs. Wade. Jesus is standing over these babies and as a judgment he asks all of us, ‘What did you do about this?’

“Even at the minimal involvement in pro-life ministry, there is a very good chance when you see Jesus face to face on judgment day, a little baby will come forward and say, ‘She saved my life. Her prayers, sacrifice, or because she was in front of the abortion mill, saved my life,’” Father Imbarrato said.

But he directed the crux of his talk at men who are complicit in abortion — based on his own regretful account of getting his former girlfriend pregnant.

“There are four scenarios that I have encountered that encompass the scourge of abortion,” Father Imbarrato said.

The first is when the man doesn’t find out about the abortion until it’s too late, giving him no chance to intervene. The second is when the man stands by his girlfriend or wife and they choose abortion anyway. The third is when a woman is raped or a victim of incest and is forced into abortion by the perpetrator.

But these scenarios account for a very small percentage of abortions, Father Imbarrato said. The overwhelming majority of abortions occur in what he calls “the Adam and Eve” scenario. He drew a correlation from Adam not standing up for Eve and blaming her after taking a bite of the proverbial apple, to the quintessential act of cowardice committed by many fathers of aborted babies. 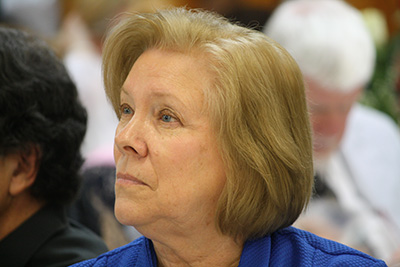 “It’s what I did to my Eve,” he said. “I let my Eve down by not standing up for her. I convinced her that probably the best thing to do would be to have an abortion,” for a litany of familiar rationales, including education and finances.

“They wash their hands of it, just like Pontius Pilate,” he said of those men, including himself. “This is what is happening in an overwhelming majority of situations where a baby dies and a woman gets wounded. The man is the covert perpetrator.”

“We were very lucky that very soon after the abortion we came to our senses,” he said of himself and his Eve. After she told him they had made a mistake, they both went to confession and returned to the sacraments. They parted ways a couple of years later.

Decades later, while in the seminary, Father Imbarrato counseled a man in front of the same facility where his old girlfriend had her abortion. Although unsuccessful at changing her mind, the experience prompted him to look up his former girlfriend to apologize.

“I told her that I knew she had the abortion for me. I’m sorry I didn’t realize it then, but I realize it now,” Father Imbarrato said. He had named the aborted baby Mary. But that they he learned that his girlfriend had been carrying twins.

“I tell this story because we need to teach our men to be men,” he said, pointing out that this experience led to him give his testimony at the foot of the Supreme Court.