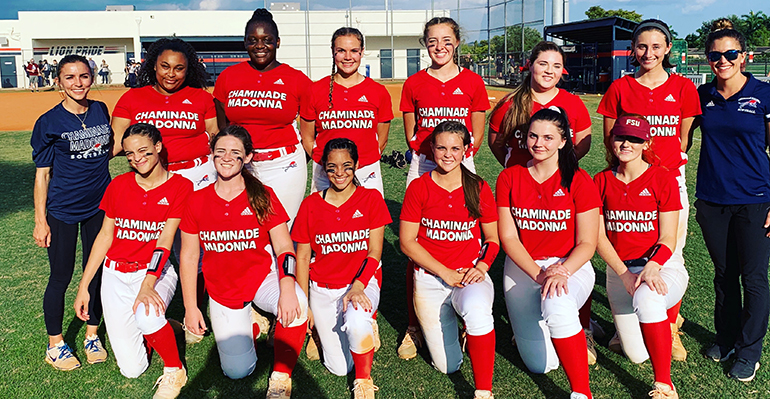 MIAMI | Several archdiocese of Miami teams advanced to the playoffs in Florida High Schools Athletic Association spring sports. Here is how the playoff teams did. 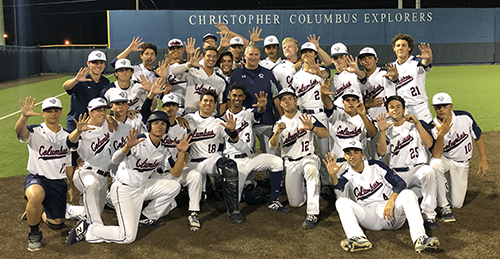 Columbus baseball coach Joe Weber celebrates with the team after his 500th win. 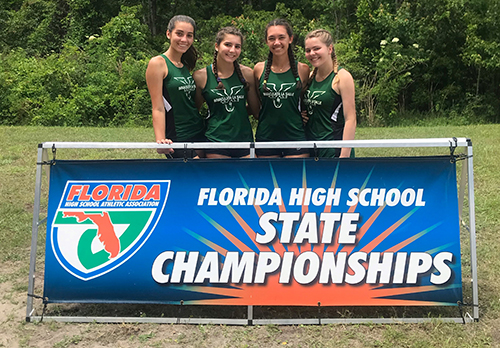 Immaculata-La Salle 4x100 relay team featuring, from left, freshman Hanah Gonzalez, junior Anabel Toledo, and seniors Stephanie Cuan and Natalie Zawadzki competed at the state championship meet in Jacksonville. The team started the competition in 19th place and finished in the top 14 with a time of 50.56, a team personal record seconds shy of the school record.

Defending 8A state champion St. Thomas Aquinas advanced to the Region 4 final, losing to Hollywood MacArthur 2-0 on a no-hitter. The Raiders beat Spanish River 10-2 and Coral Gables 11-2 to reach the region final.

Belen Jesuit advanced to the Region 4-7A semifinals, falling to Doral Academy 6-0. The Wolverines finished runner-up in District 16 behind Doral, beating Pembroke Pines Charter 7-0 in the region quarterfinals.

Archbishop McCarthy finished runner-up in District 15-6A. The Mavericks lost to Miami Springs 2-0 in the region quarterfinals.

Msgr. Pace won District 15-5A, falling to Cardinal Gibbons 5-1 in the Region 4 final. The Spartans advanced to the region final by beating Gulliver Prep 7-5 and Key West 5-3. 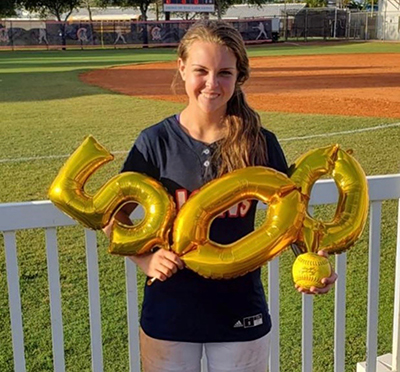 Msgr. Pace won District 15-5A, then lost 15-0 to Miami Gulliver Prep in the region quarterfinals.

Christopher Columbus also won its district but fell to Davie Western 15-11 in the first round.

Aquinas reached the state semifinals in boys water polo, losing 15-14 in overtime to Orlando Olympia. The Raiders trailed 9-6 at the half but Aquinas outscored Olympia 5-2 in the third. Andrew Yurchak, who scored four goals total, scored two goals in 26 seconds to ignite the rally.

Yurchak had scored with 3:14 left in the fourth quarter to put the Raiders up 14-13. But Olympia’s Alec Johnson scored with 2:55 left in the fourth to force overtime. Then Touma Mack scoured his fifth goal of the match with 2:28 left in overtime to clinch the victory for the defending champion Titans, who lost in the final. 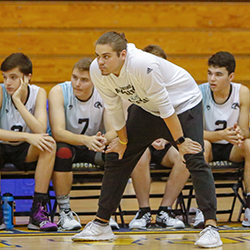 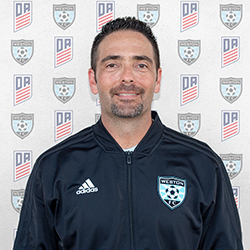 Luksa Vlasic also scored four goals for the Raiders, who also got three goals from Kerby Bertolett, two goals from Dane Coniglio, and one goal from Manuel Soto Estela.

Belen Jesuit lost 14-6 to eventual state champion Gulliver Prep in the first round.

Aquinas reached the semifinals of the team state tournament. The Raiders beat Wiregrass 4-1, then lost to state champ Miami Palmetto 4-0.

Msgr. Pace won District 14-1A, then fell to state finalist Fort Lauderdale Dillard 13-6 in the first round.