Enough with the killing of innocents! 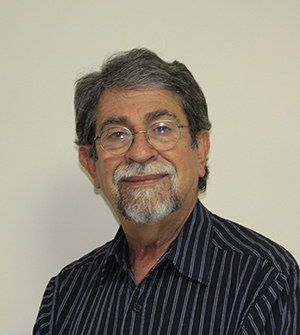 One of the worst scourges of current American life – the sudden killings of people gathered in public places, at the hands of assassins both unpredictable and well-armed – has escalated to the point of becoming a social cancer; and as of now, it has been impossible to adopt efficient measures to prevent, or at least, diminish its frequency and mortality.

Many of these killings – such as the most recent ones in Gilroy, El Paso and Dayton – are rooted in racism, xenophobia, homophobia or simply blind hatred of others, in some cases even children or young students, a forthright indicator of social schizophrenia.

Faced with such horrors, we hear the oft-repeated mantra that “guns don’t kill people, people kill people” – as if a gun of high quality and high cost were not necessary for a single individual to exterminate several dozen people in a few seconds. And with each new killing, sales of high-quality and high-cost guns multiply. Those who promote the sale of guns, and armed control over society, even take advantage of these episodes of violence to propose the presence of paramilitary personnel in schools and other public places.

But this violence, which once seemed part of the history of the Old West, or of densely populated cities and marginal neighborhoods, has now expanded not only to every corner of the nation but to nearly every sphere of life. Political campaigns are proof of this: invective replaces argument, and brutal offense replaces intelligent irony.

The concept of demonstrable truth has lost, in a very short time, a great deal of its weight when it comes to explaining or defending an opinion or supporting a fact, while authoritarian affirmation imposes itself in the political discourse of the U.S., something which points to the growth of totalitarian tendencies in the development of society.

As a result of official pronouncements, immigrants and their descendants have become alleged “thieves, rapists, killers and drug traffickers.” And to dissuade those who come seeking freedom, security and economic opportunity for themselves and their families, immigrants are forced to endure not only the just and necessary legal processes of immigration or deportation, but severe conditions of detention and punishment, one of the most egregious being the separation of parents from their children, some of whom might have a very difficult time reuniting. Some children have died in the custody of immigration authorities, and the blame has been placed on their parents’ irresponsibility in bringing them along, as if the jailers were guardian angels.

The United States has a beautiful history based on the values of compassion and generosity, both of which are cornerstones of Christianity. But no nation can survive the systematic negation of its history and its values, and that is what is at stake right now.

Enough with the killing of innocents!